On February 21, 2010 we paid a visit to the commune of Dien Dong, in Dien Khanh district 24 km west of Nha Trang, which is one of the poorer communities near Nha Trang. With the generous help of Jeff and Khanh Boisson, we made a donation of rice, cooking oil, and noodles to residents of the area. We worked in conjunction with the Buu Son Tu pagoda and sister Thich Quang Van, as well as the People’s Committee of Dien Dong commune.

The ceremony was held on a beautiful day at the Buu Xon pagoda, and together with Jeff, Khanh, and their children Leo and Lea, we handed out allotments to families living in the area. The Boisson family has made numerous donations to our causes, and we thank them once again for their loving support. 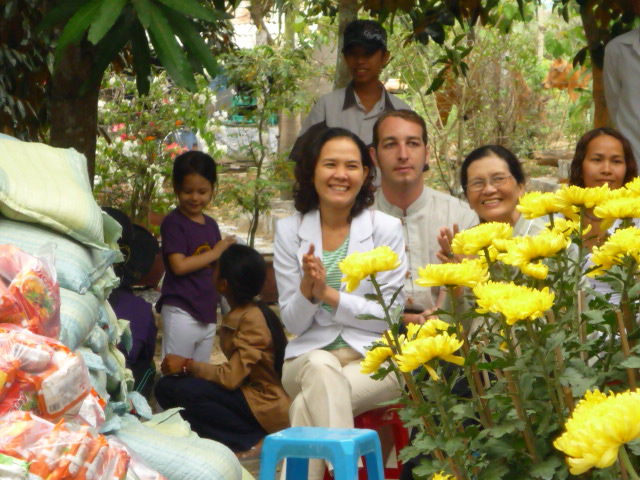 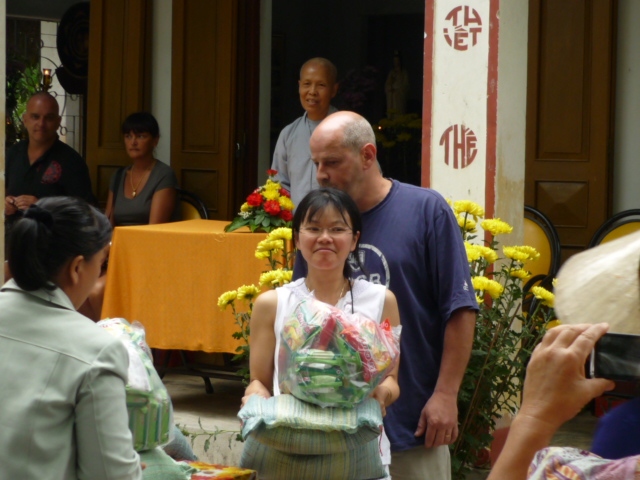