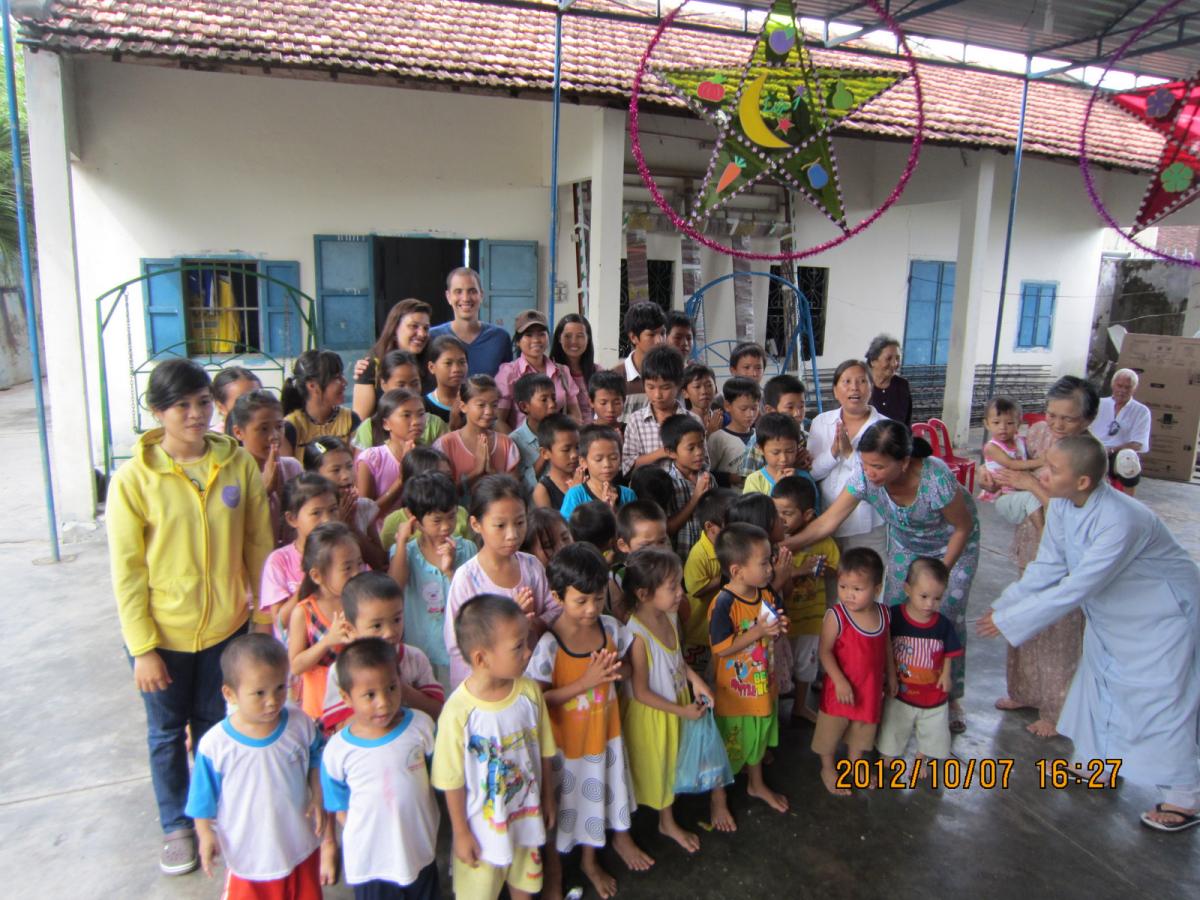 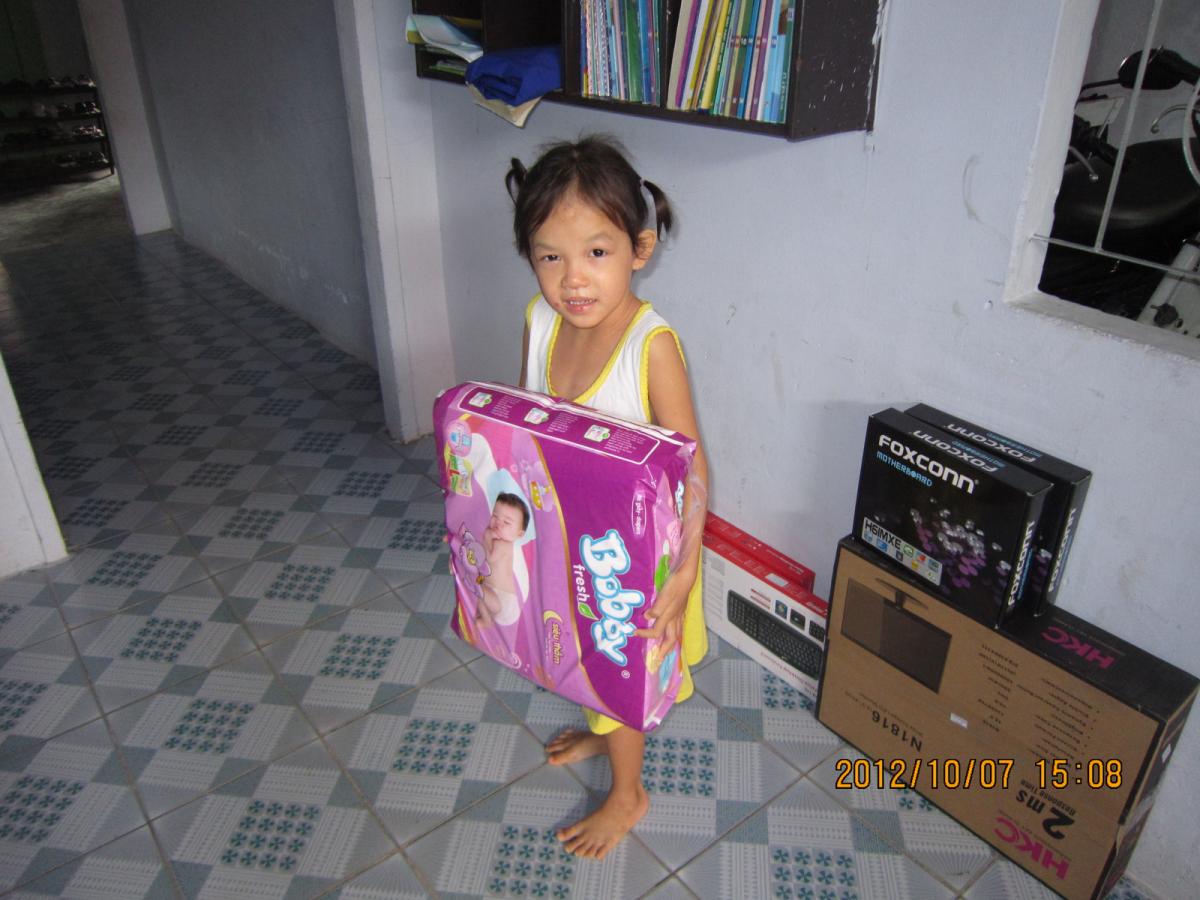 On October 7, 2012 we helped coordinate an amazing visit to the Mai Am Anh Dao Orphanage. In February of this year, we were contacted by Peter Dietrich, an American living in Korea. Peter and his wife Corey had visited Vietnam previously on their honeymoon, and had had a joyful visit at Mai Am Anh Dao. When they returned to Korea, they made it a mission to raise funds to help the orphanage. As president of Lodge Han Yang, a Masonic Lodge in Seoul, Peter introduced this wonderful orphanage to other lodge members, led outreach programs to other lodges in the region, and was able to organize fundraisers. In June of this year, Lodge Han Yang held a charity raffle, and Peter’s efforts met with a resounding success.

Peter and Corey arrived in Nha Trang last month, and met with friends they’d met who also shared a passion for charity. Our Lead Coordinator, Ngoc, met with them, and helped coordinate their purchases for their visit to the orphanage
When they arrived at the orphanage, neither the head nun nor the children could have expected the generosity of their visitors! They brought a brand new refrigerator, a washing machine, a flat screen TV, two meter-high stacks of noodles, a pile of 50-kg bags of rice, cans of baby formula, baby diapers, laundry soap, and a collection of foodstuff. Each child also received a gift bag of treats and snacks.

Peter and Corey, along with their friends, spent time with the children, and sat down with Sister An Son. It was an incredible visit, and we wish to thank Peter, Corey, Lodge Han Yang, and everyone who made contributions to Peter’s cause. 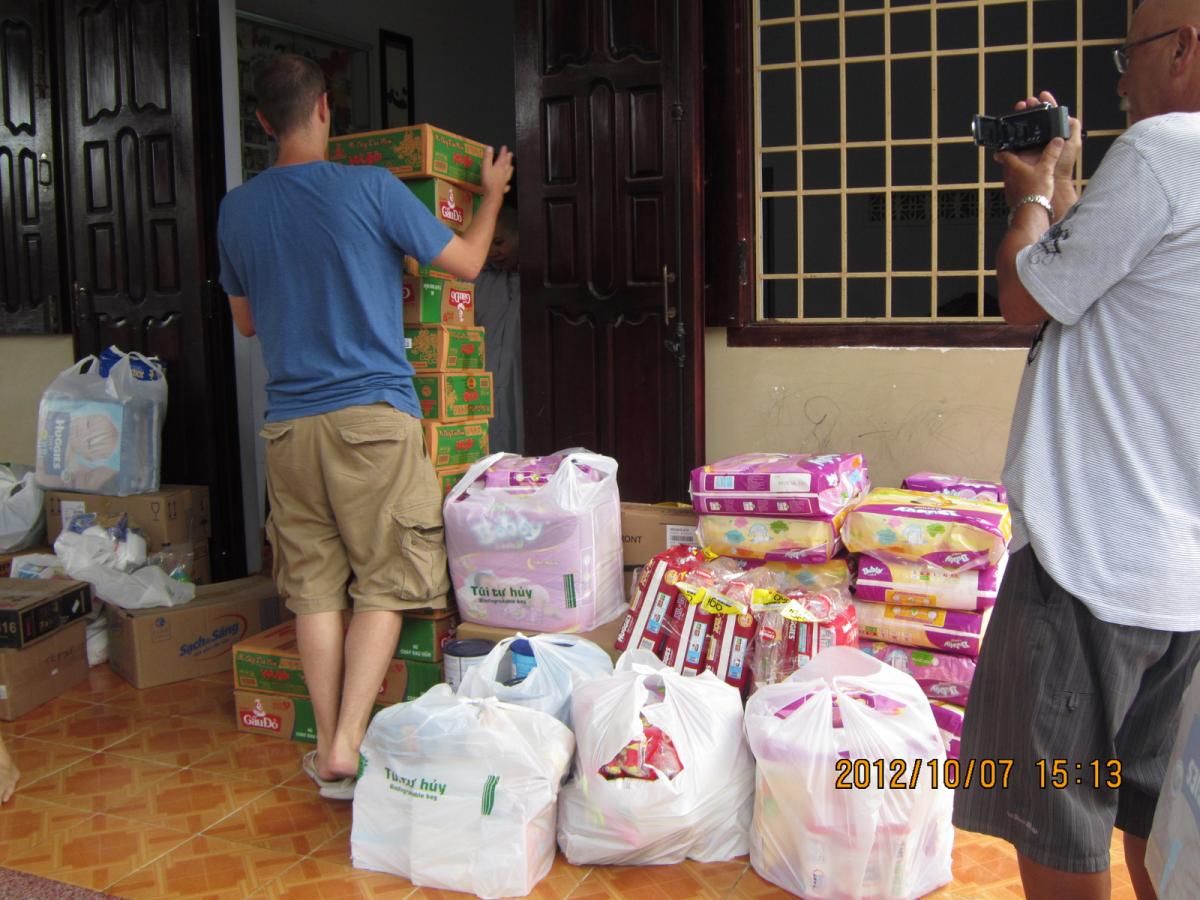 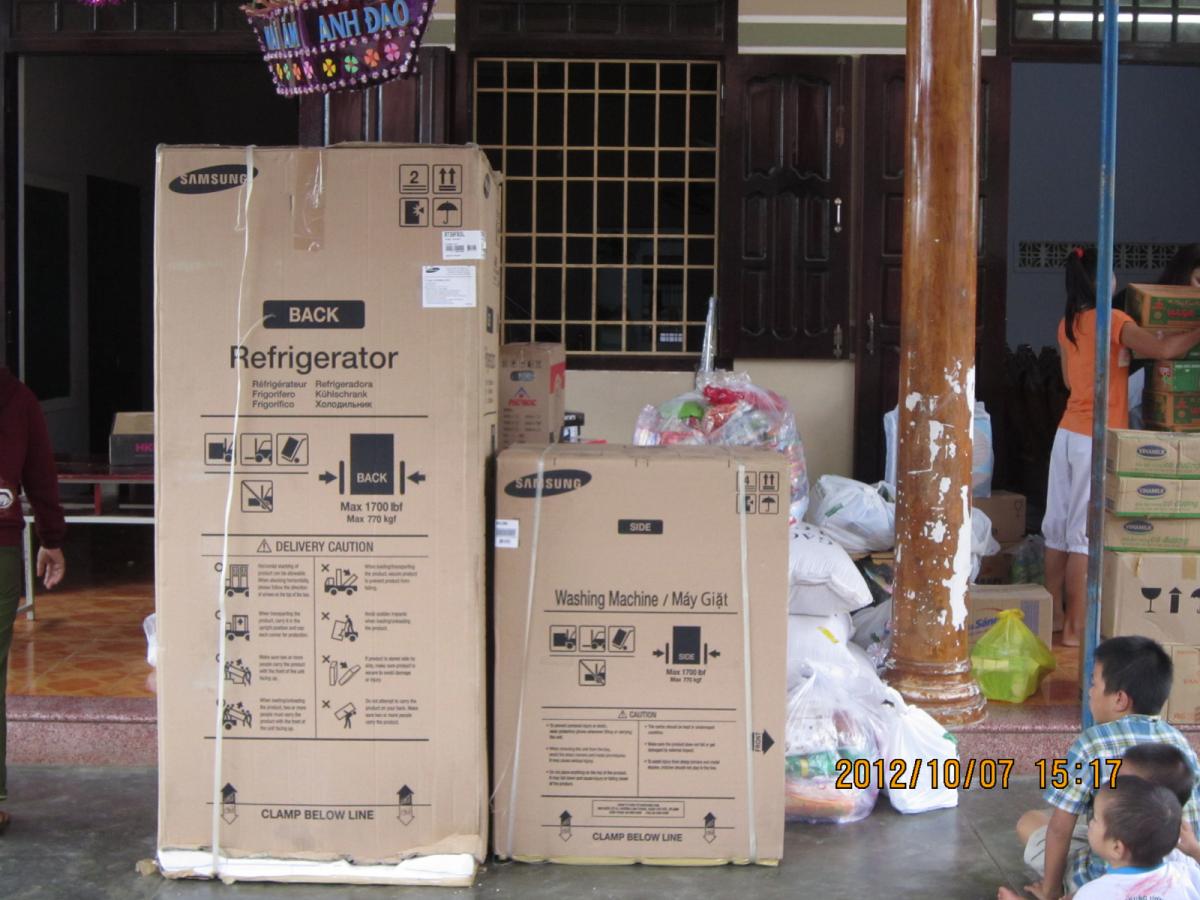 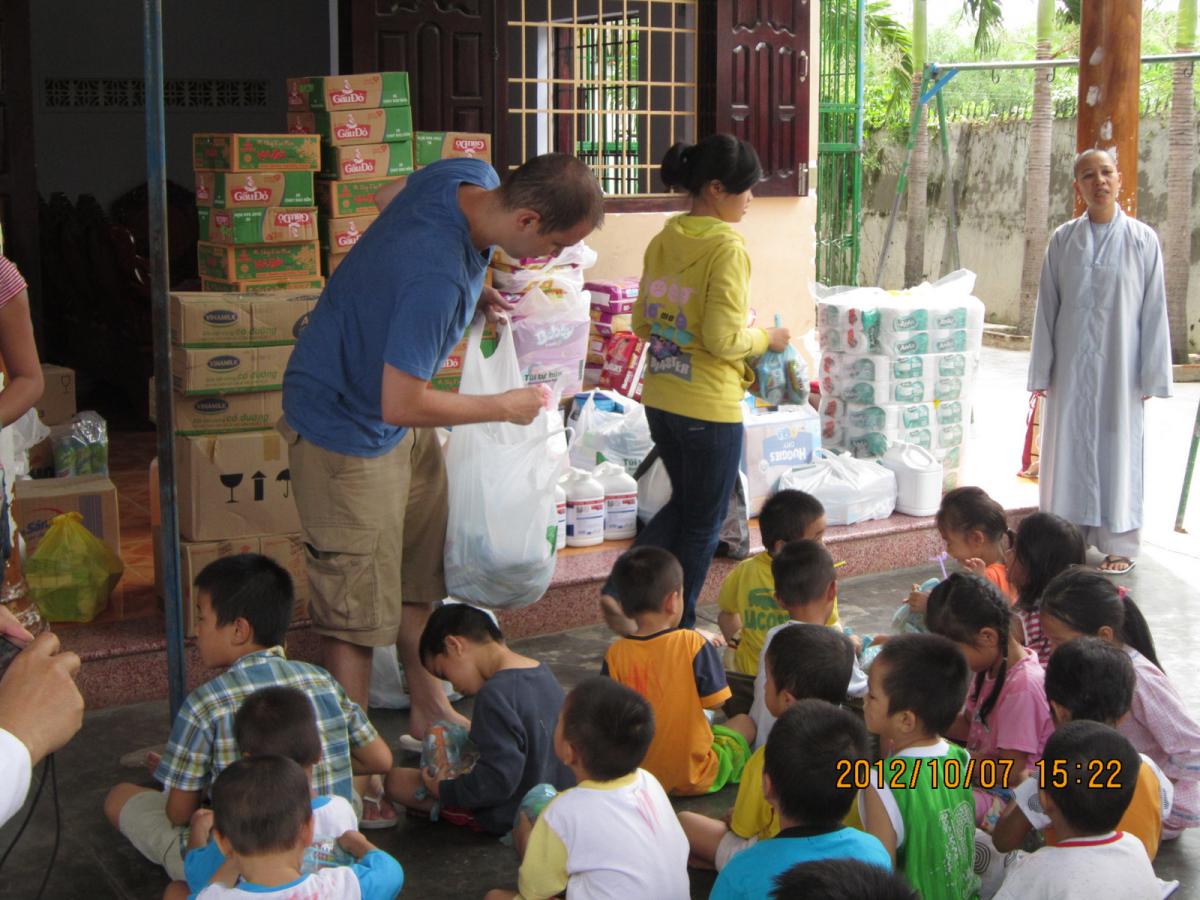 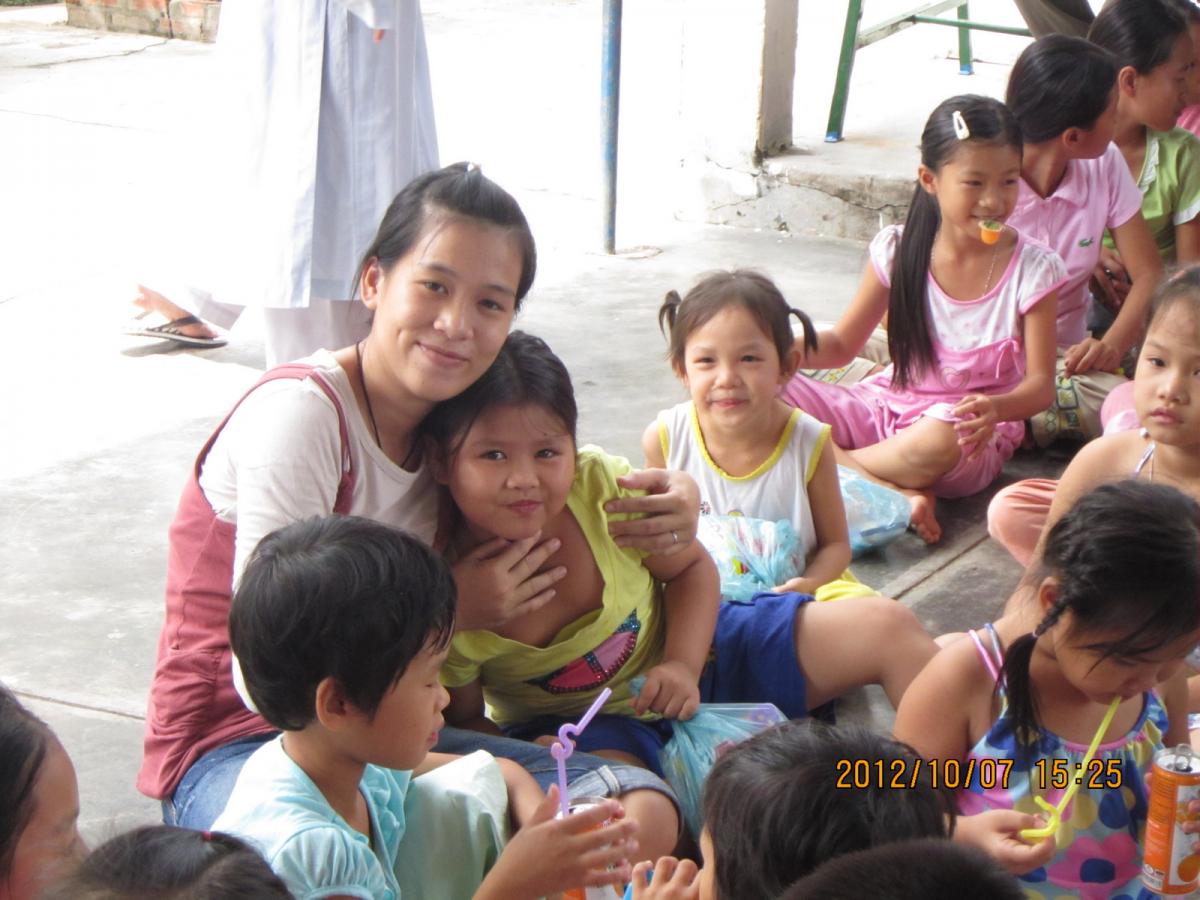 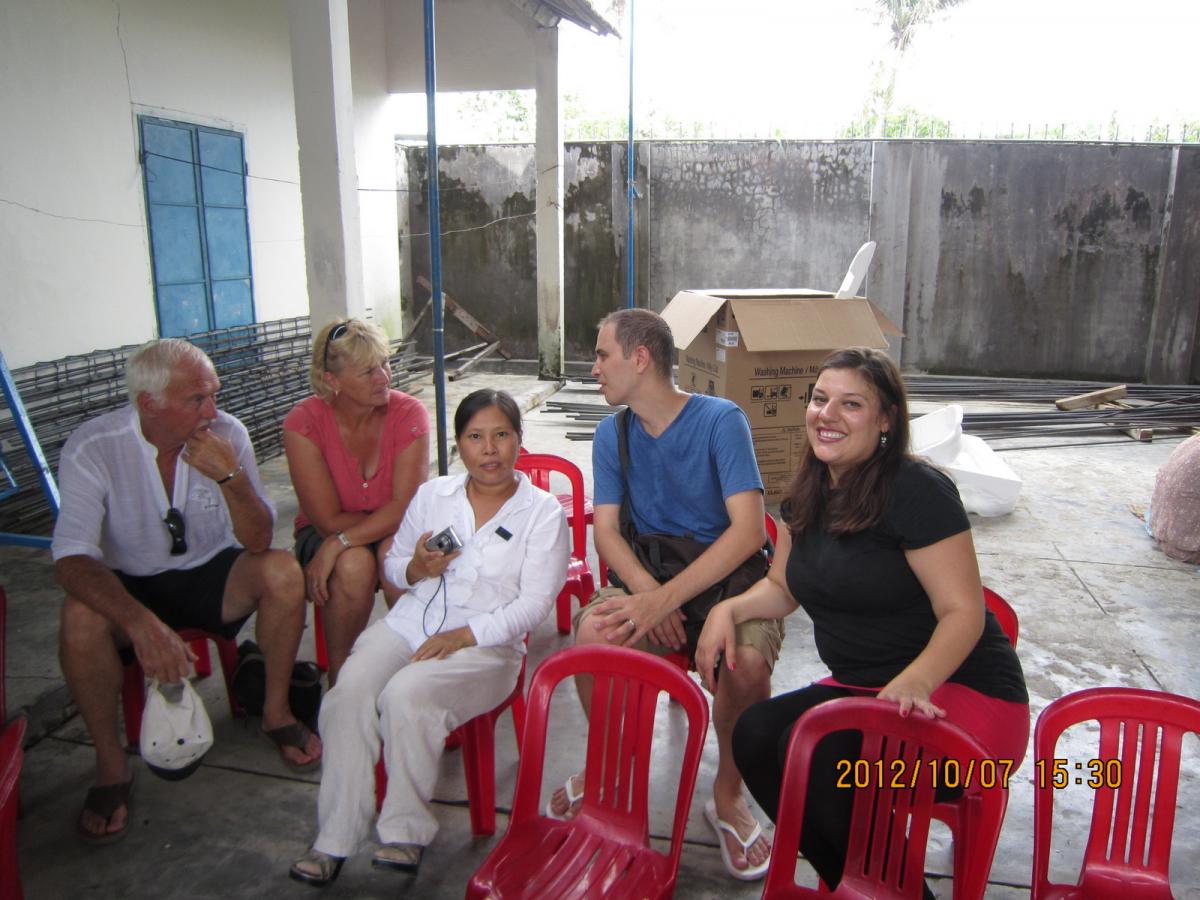 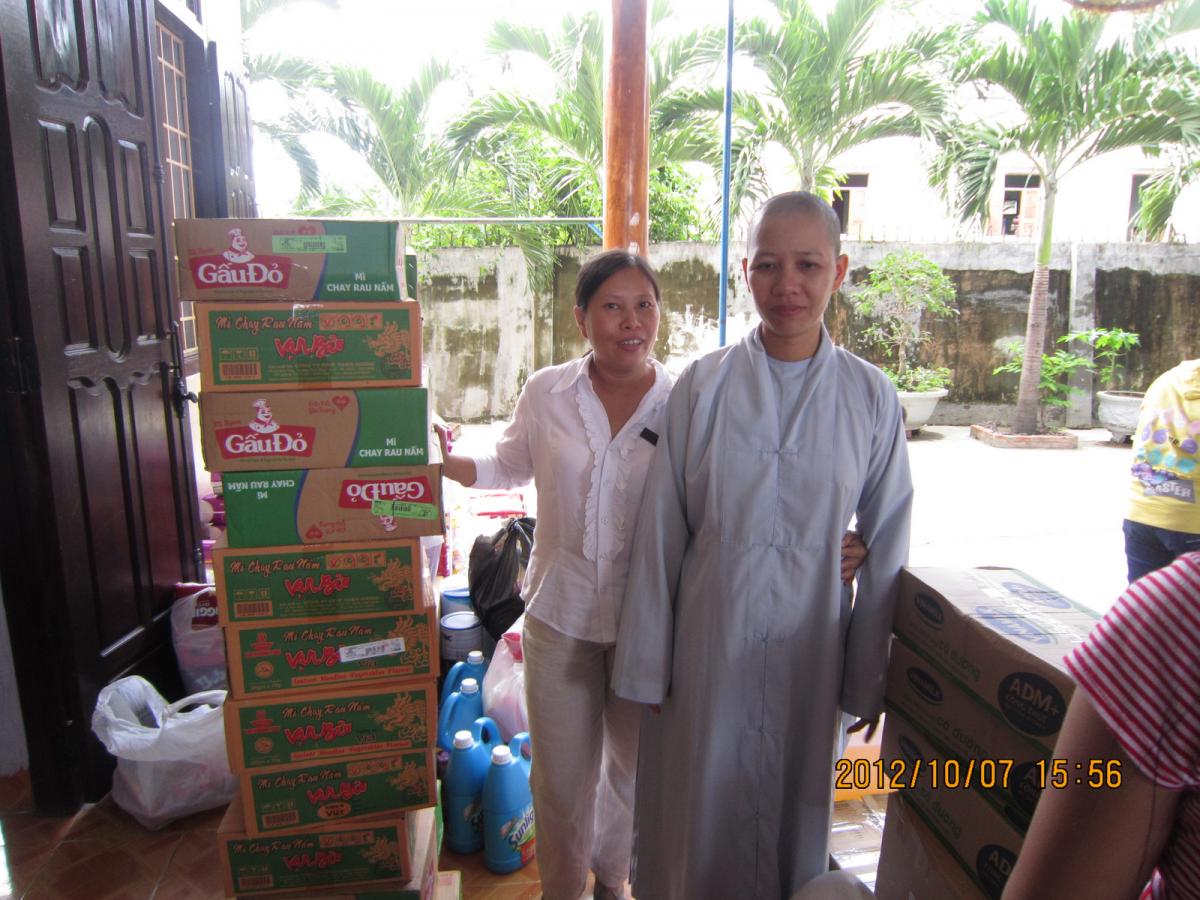 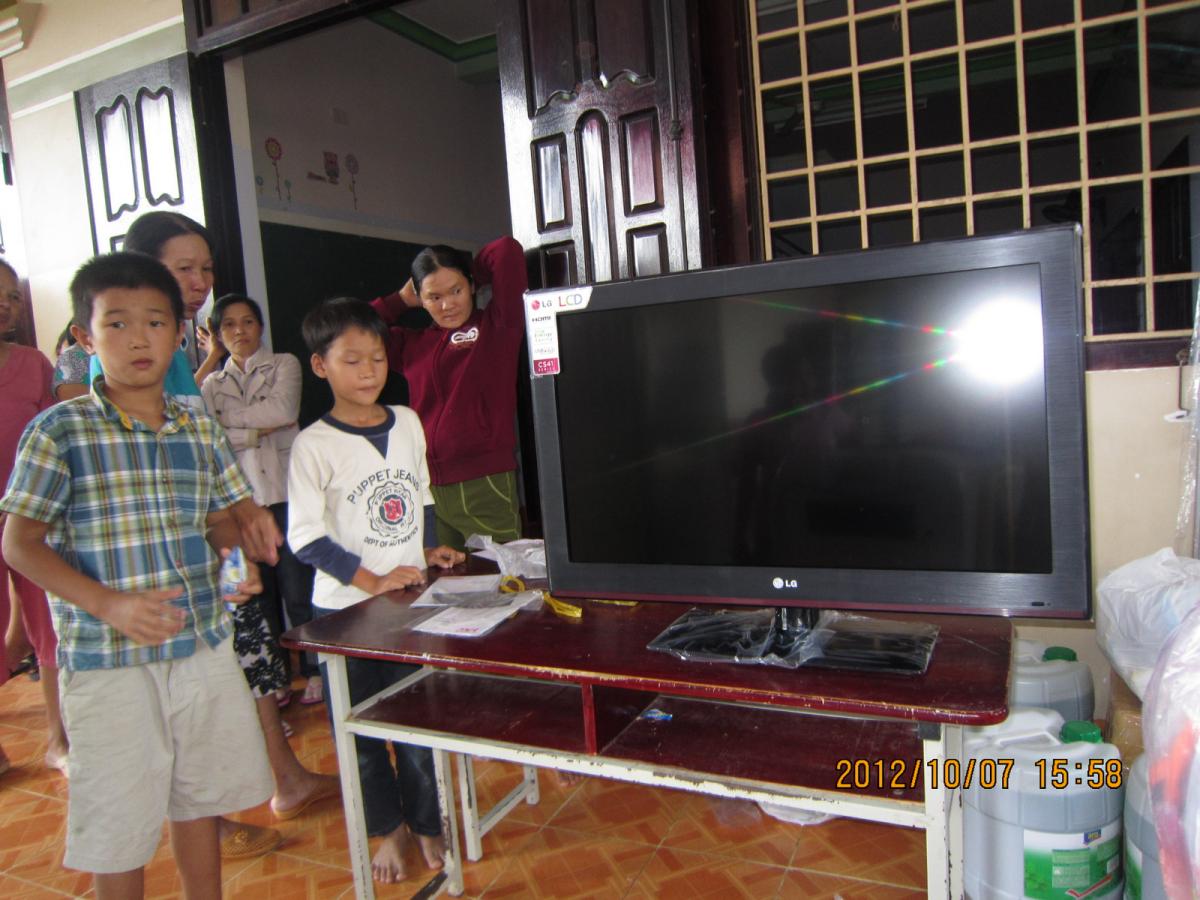 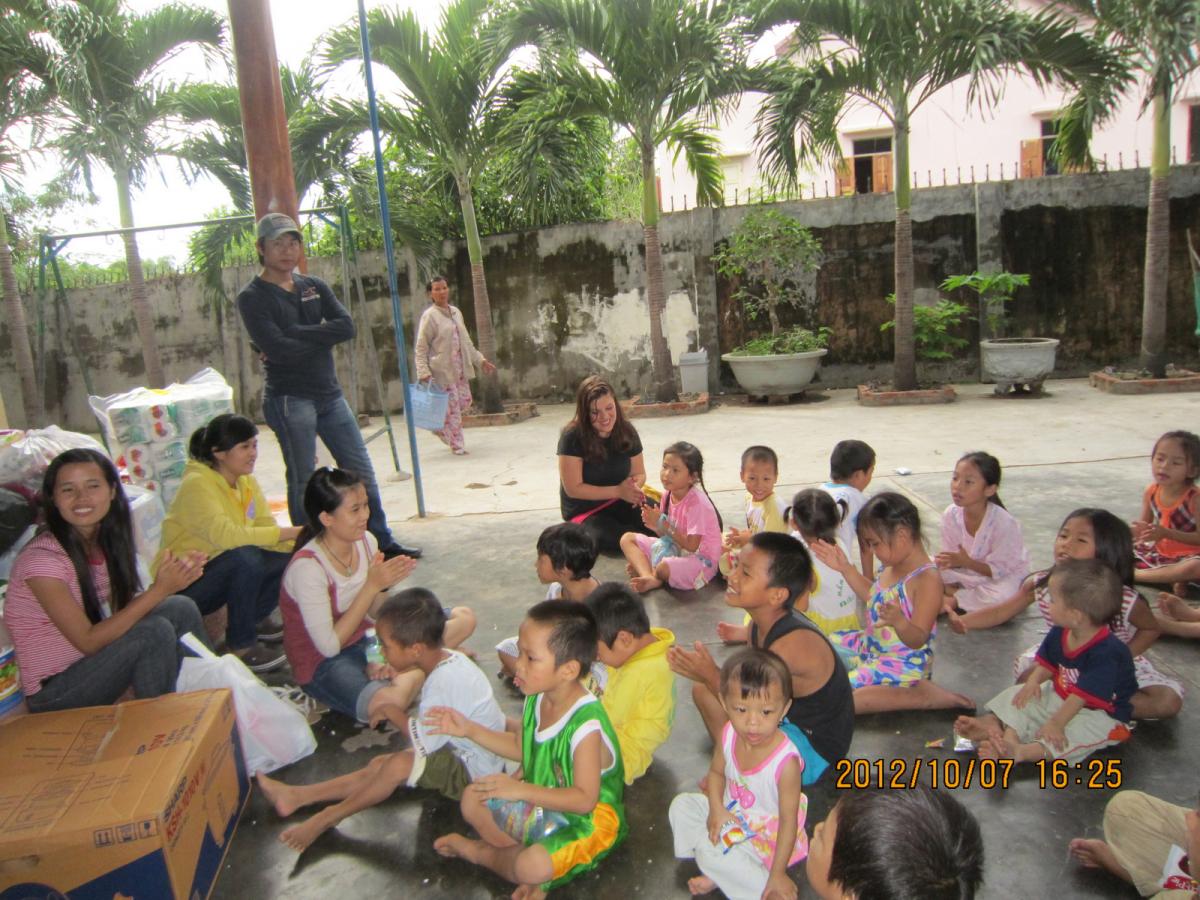 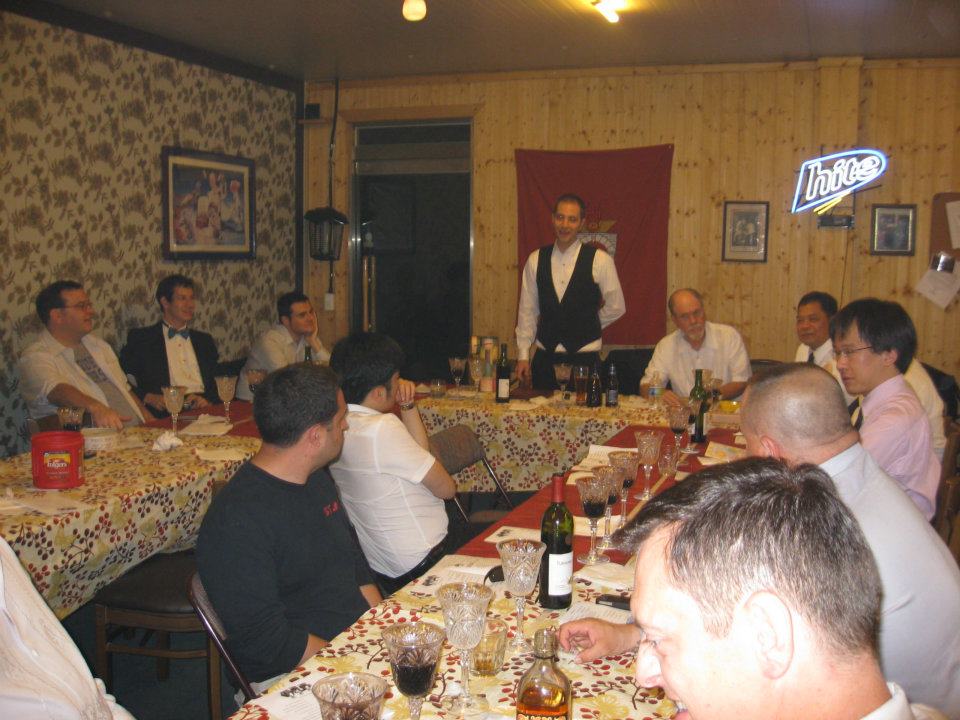 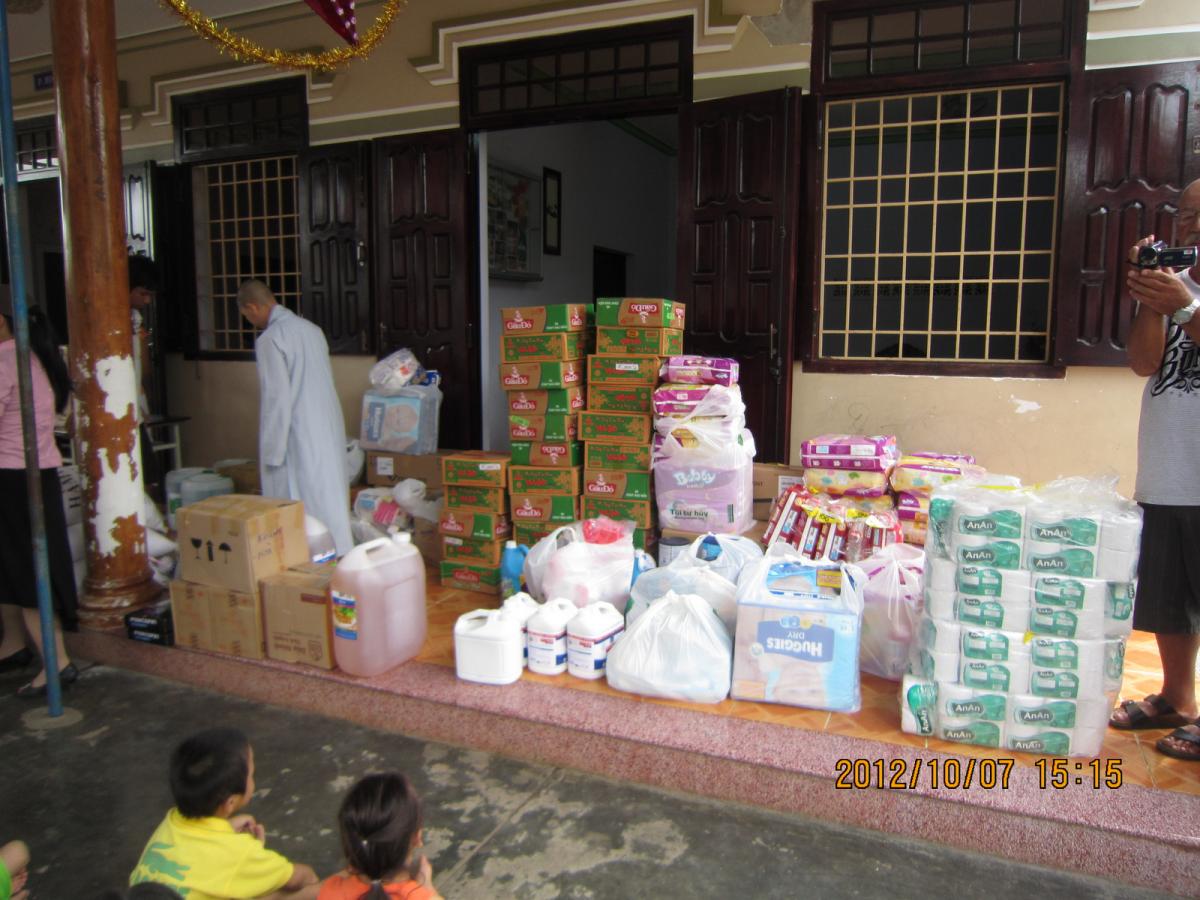 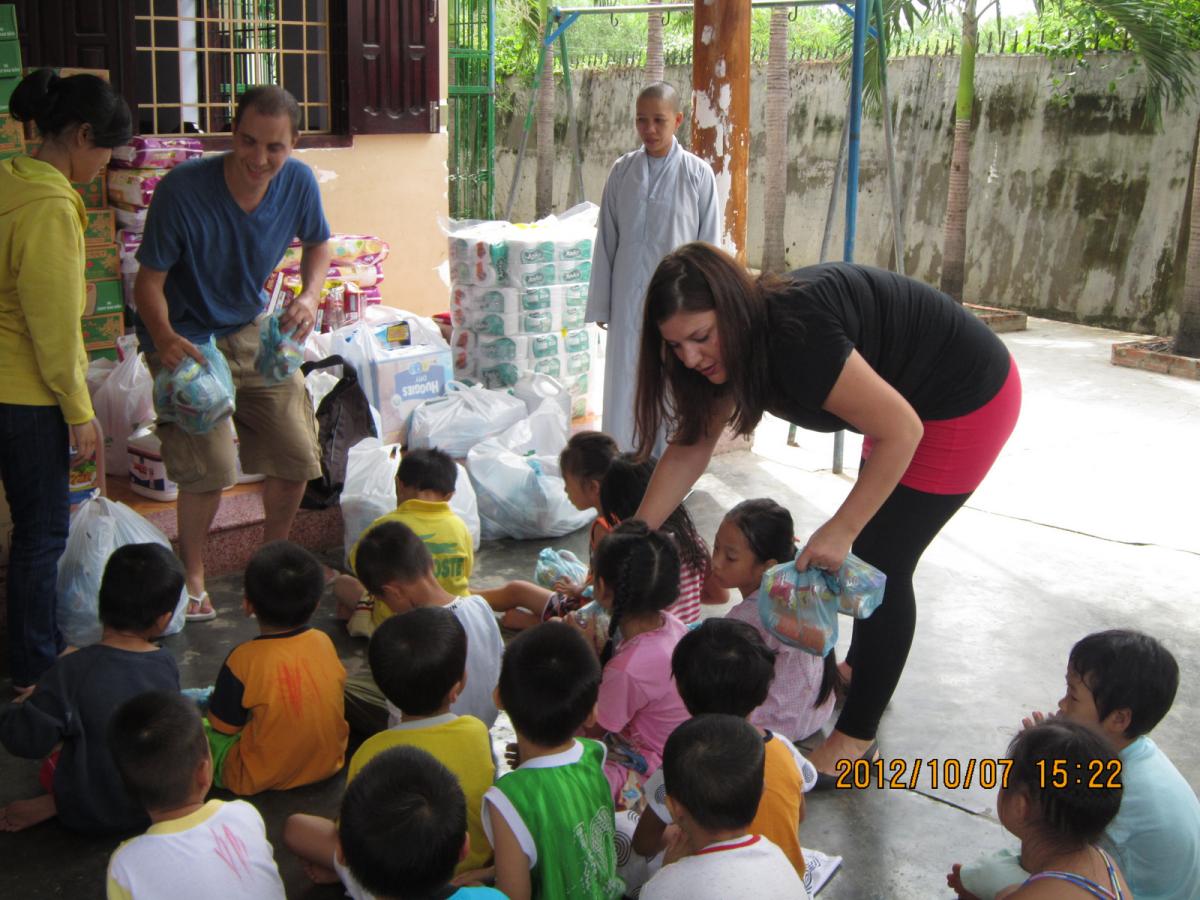 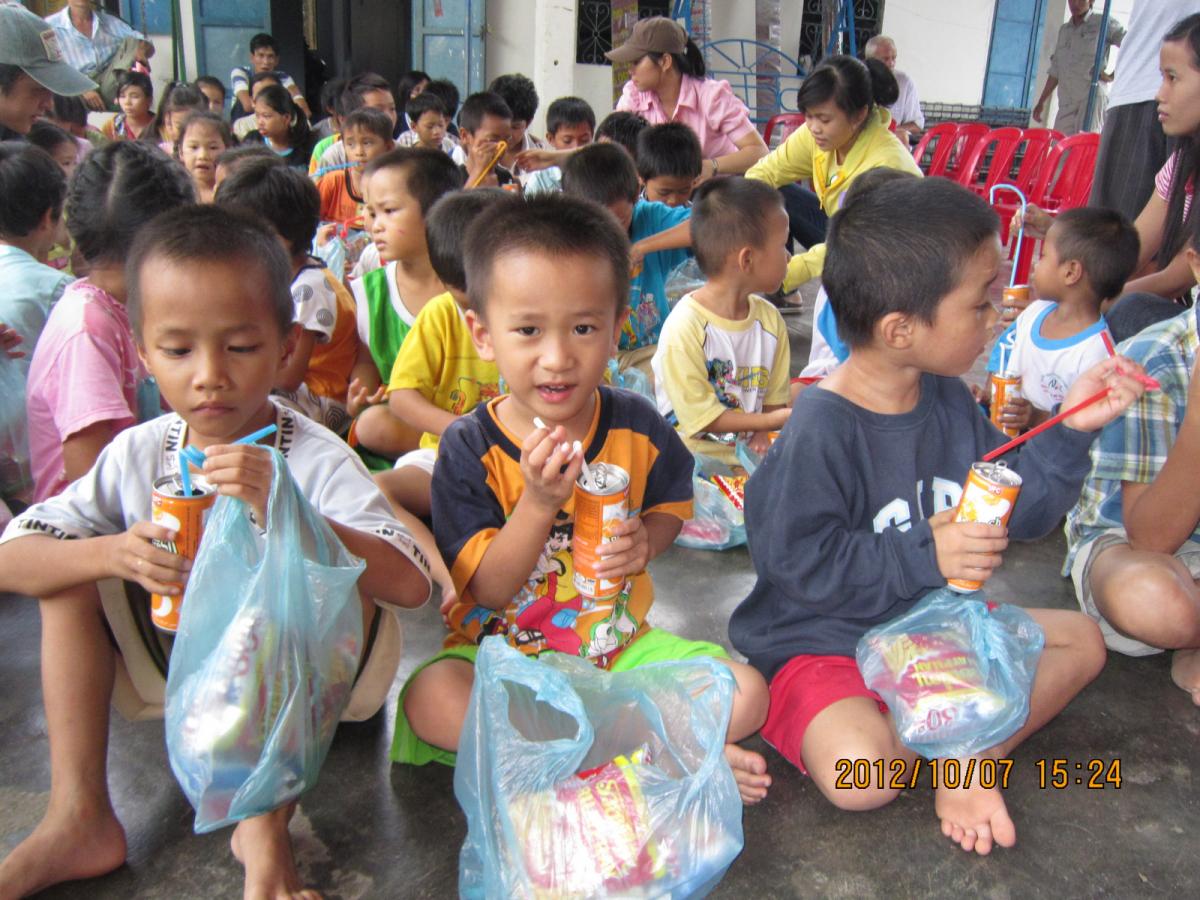 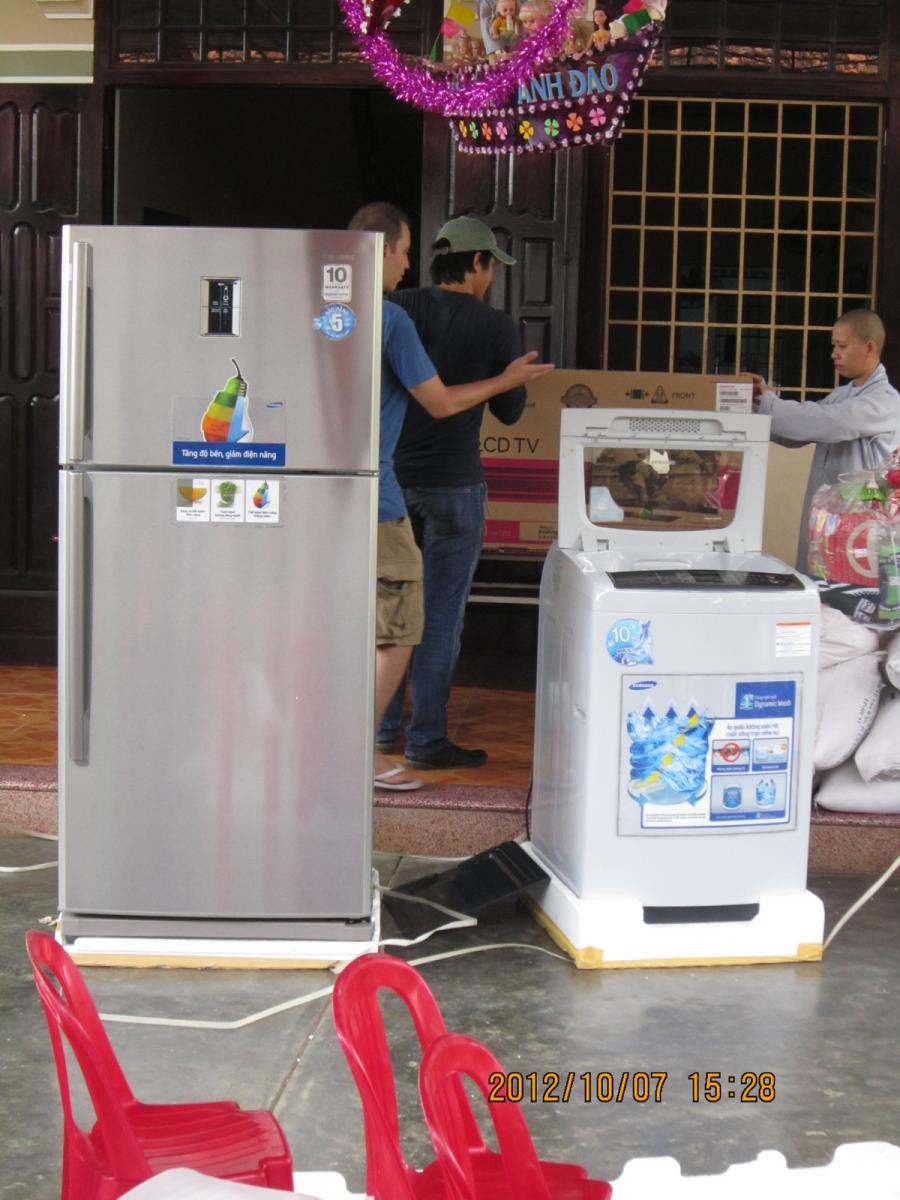 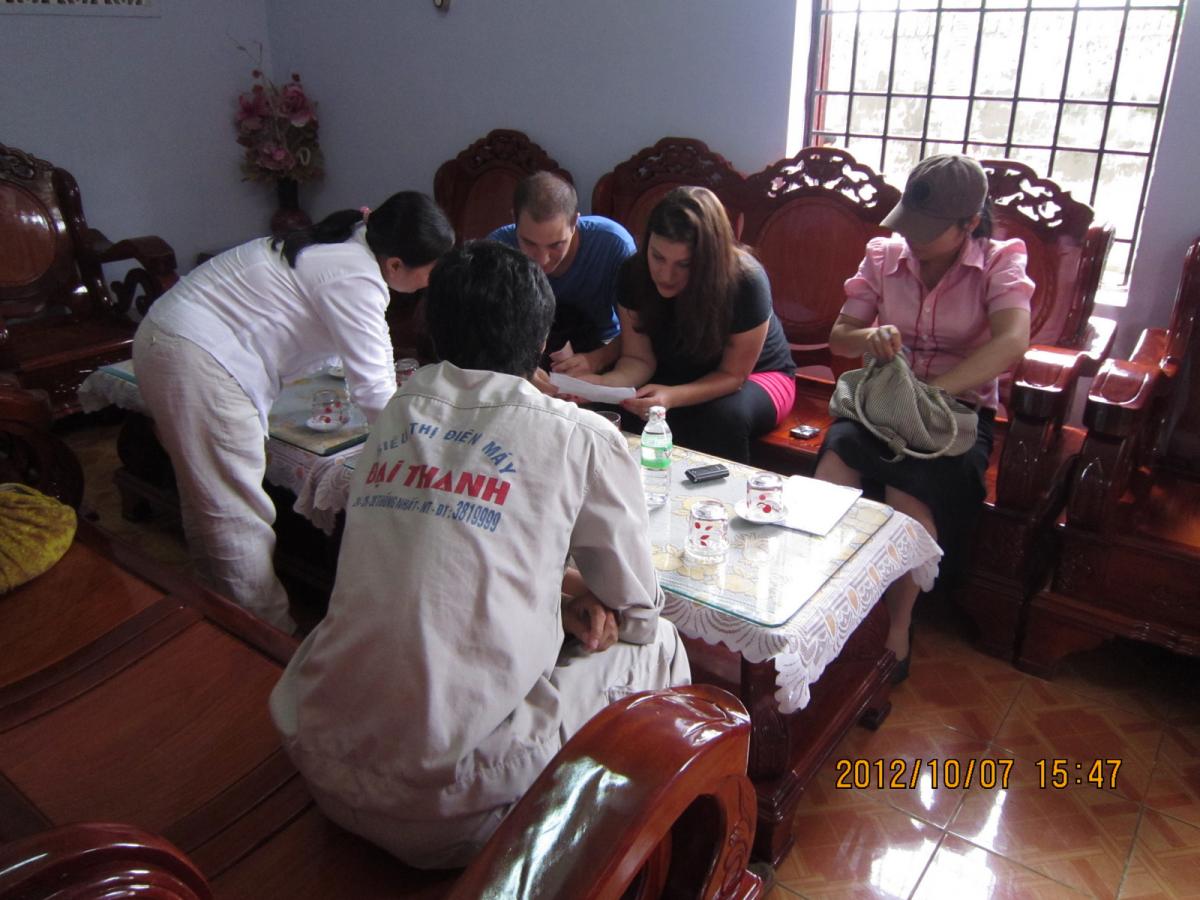 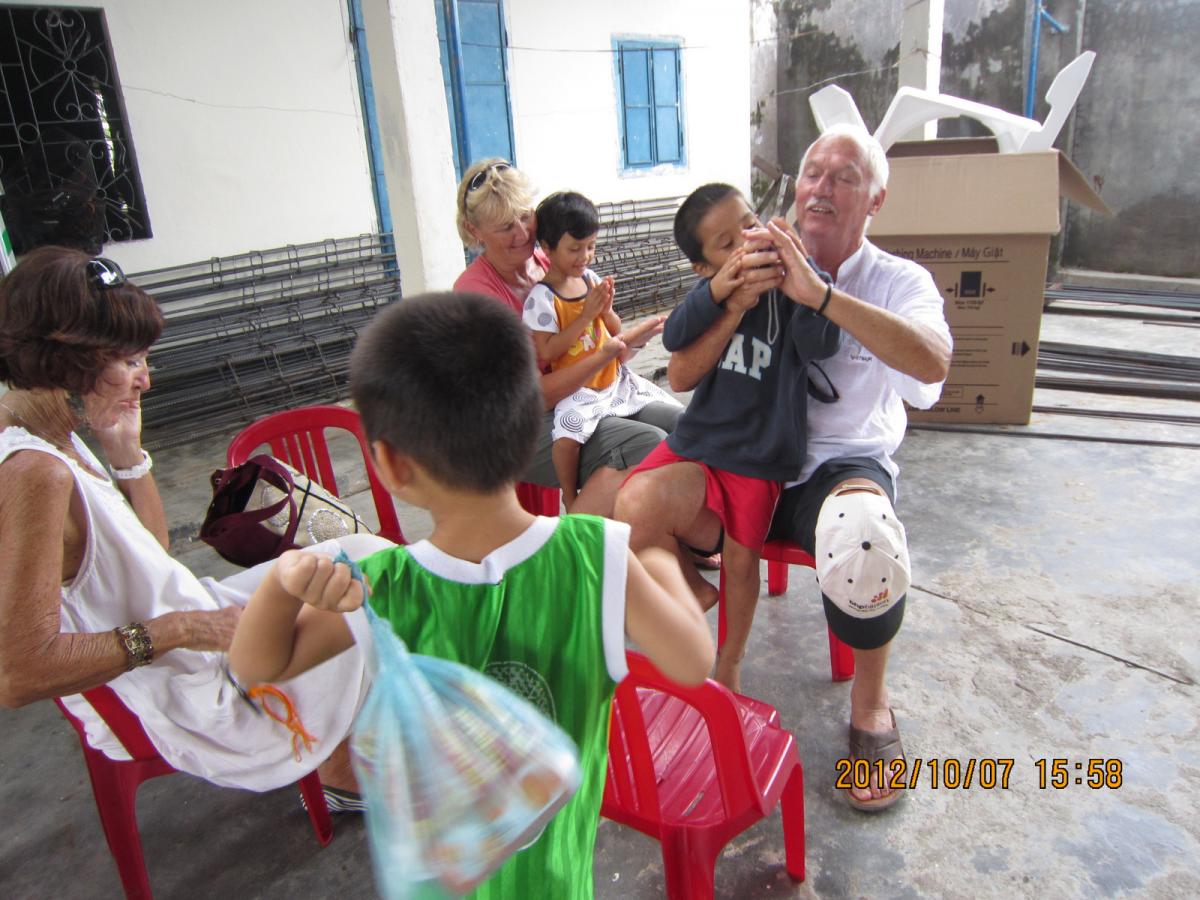 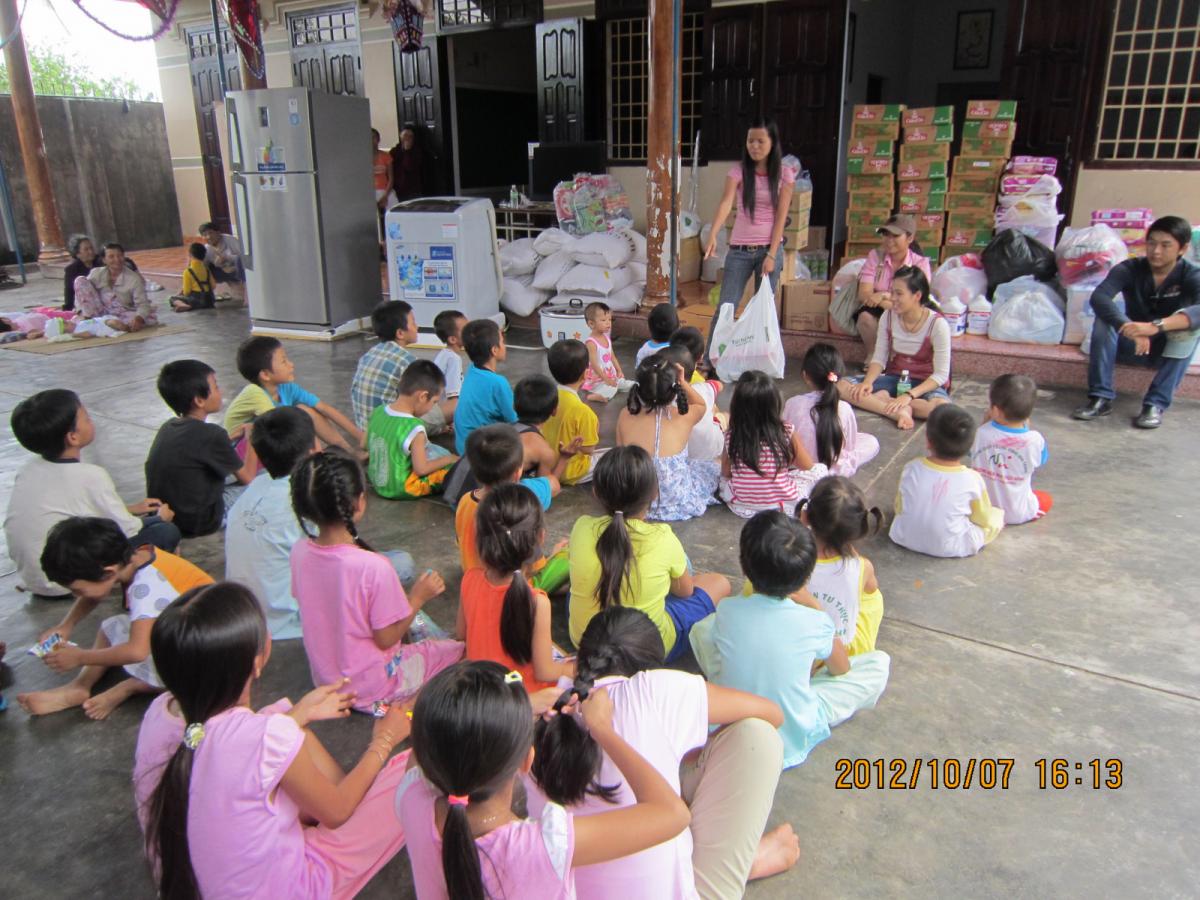 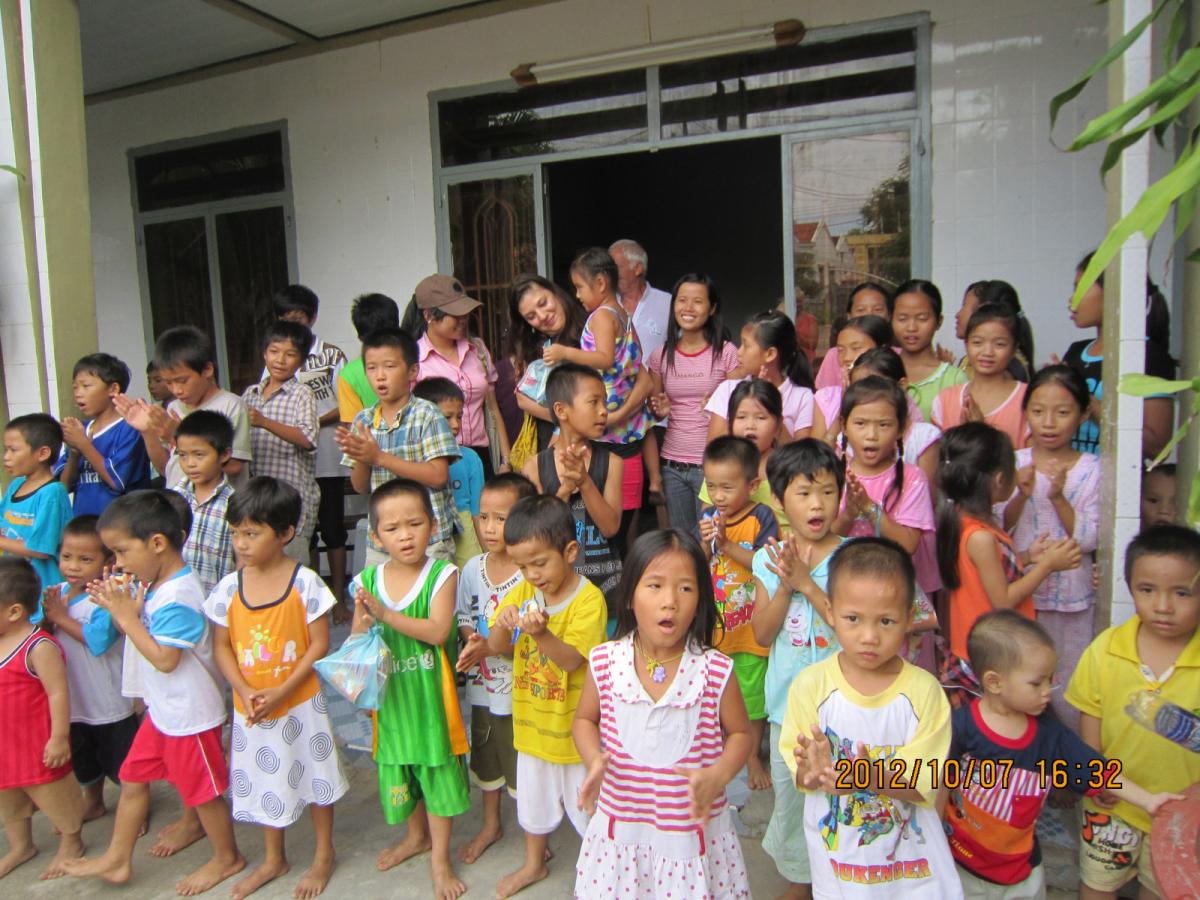 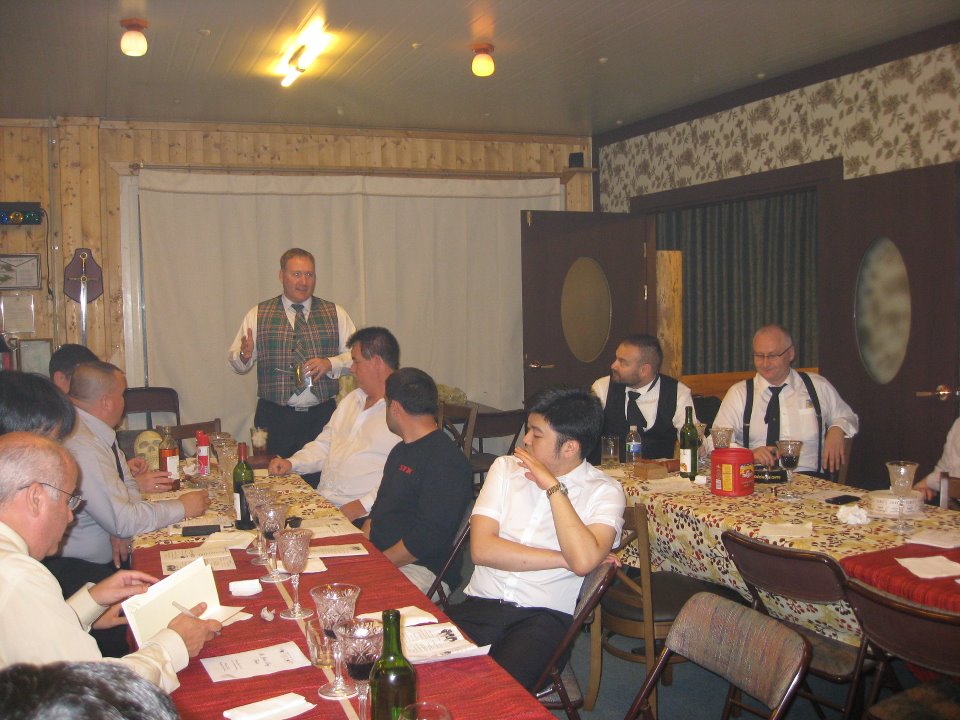