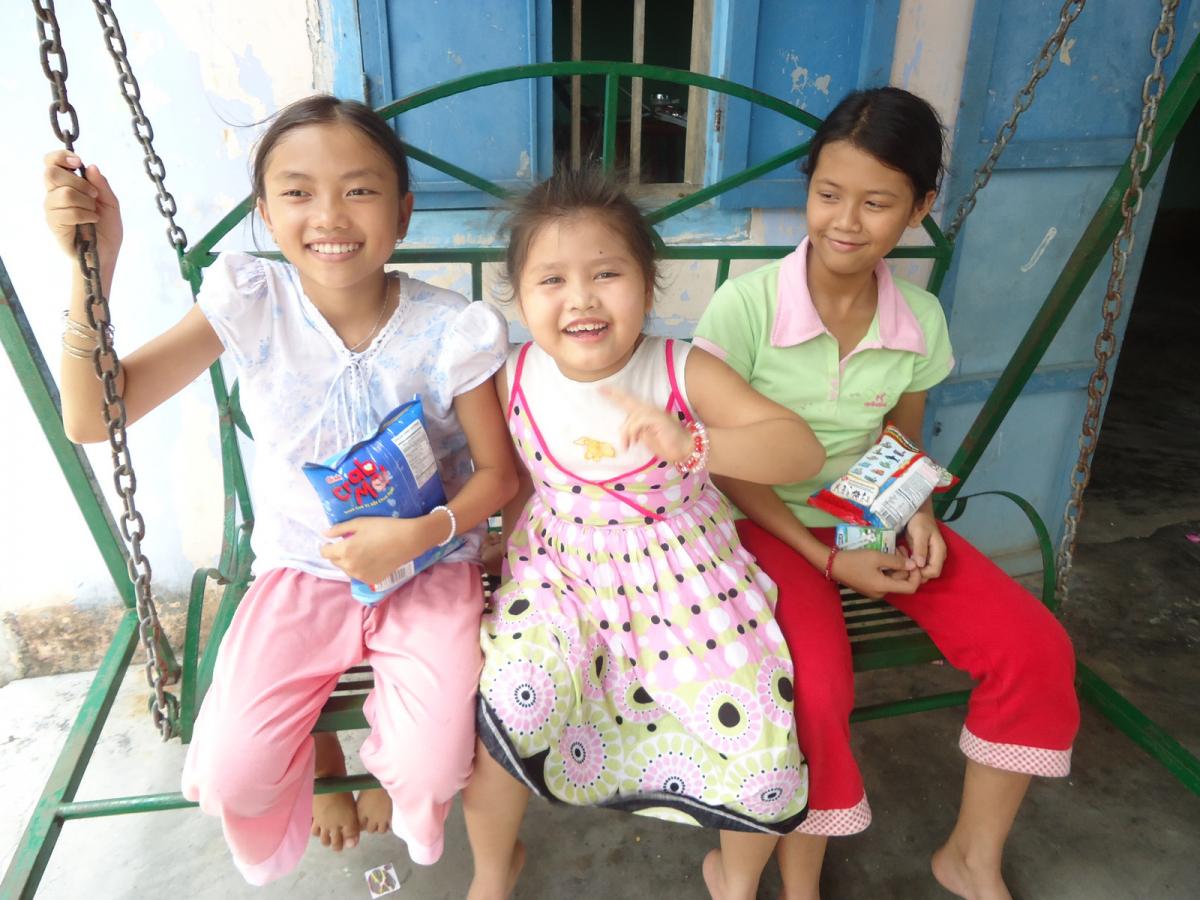 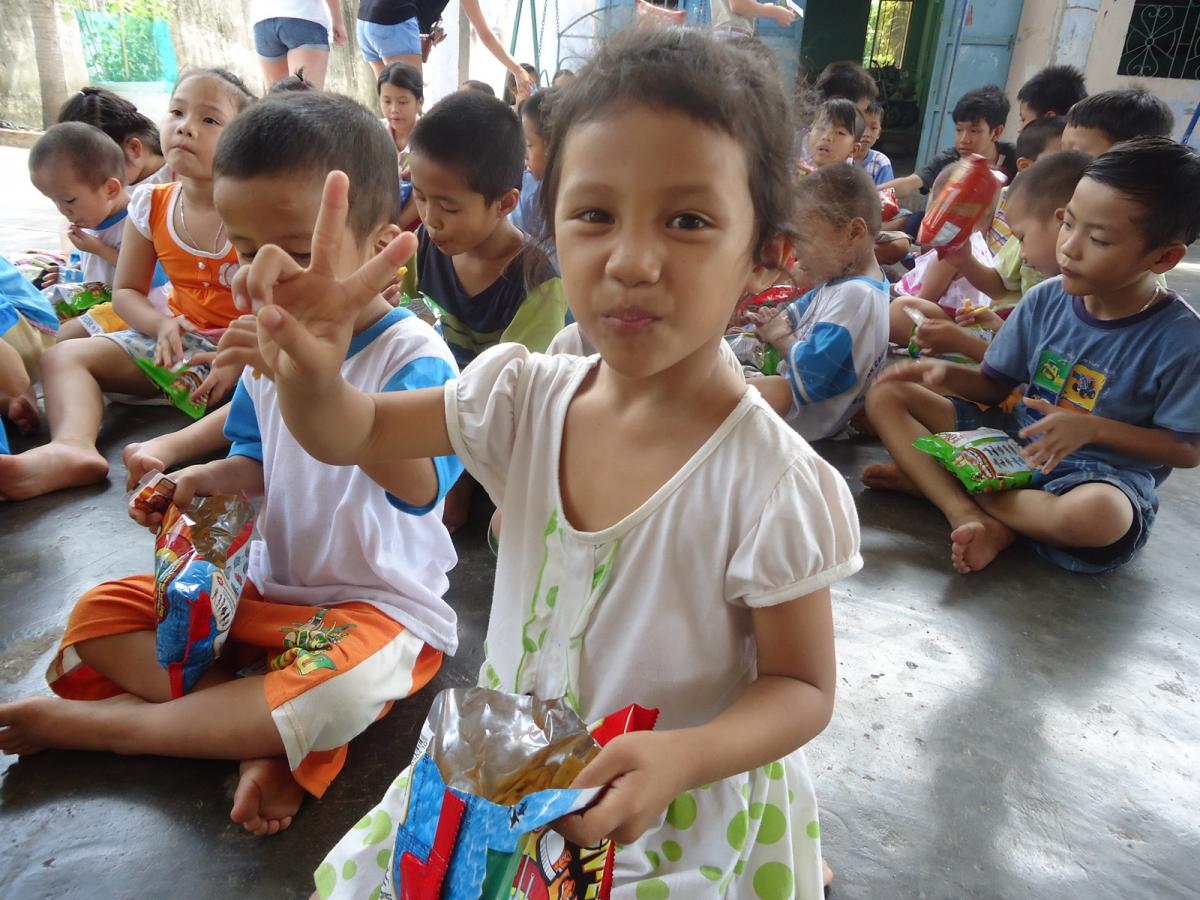 On June 6, 2012 we drove up to the Mai Am Anh Dao Orphanage with wonderful donations from Australia and other places.

We were fortunate to be able to bring incredible donations from several different sources. Nicole and her friends paid university tuitions for two girls, Alan made a huge contribution to the children’s nutritional needs with cans of baby formula, the Boisson family brought dried fish and eggs, and a group of Norwegians brought gifts from Norway.

Last month we brought a group of Australians to the orphanage, where they made great donations. In the group were Nicole, Linda, Janelle, Terry, Linda, Cate, and Amanda. At the time, we told them about two girls from the orphanage that were studying at university. Sister An Son pays for their schooling, though it’s often difficult. After returning to Australia, Linda and her friends raised enough funds for one year’s tuition for each of the two girls. Today, we brought the donation and presented it to Sister An Son. One of the two students was home from university, and was extremely thankful for the gift. After having lived with 60 brothers and sisters at the orphanage, it’s no surprise that both girls are studying at university to become teachers. Thank you everyone!

Also last month we got in touch with Alan Pham of Australia. Alan had visited Vietnam last year, and donated to the Loc Tho Charity School and the Kim Son Charity School. We told Alan how the children at Mai Am Anh Dao struggled to maintain a healthy diet, and most often ate rice and vegetables. Alan’s background is in healthcare, and he immediately pledged to assist the children. He made a donation towards baby formula, which we are going to spread over four months. Today, we brought 30 large cans of formula for the children, and Sister An Son was overjoyed. Thank you Alan and Theresa for helping these children grow healthy and strong!

Any time we make a visit to Mai Am Anh Dao, Jeff and Khanh Boisson jump at the chance to join us. They bought a box of dried fish and two meter-high stacks of eggs to give the children a more varied diet. Thank you, as always, Jeff and Khanh!

I’d received an email from Nida of Norway a while ago, asking how she could visit the orphans. We told her about this trip, and she and her friends said they wanted to come along. They rented a van for all of us, and we drove up to the orphanage in the morning. Nida and her friends brought with them clothes from Norway, and the children immediately fell into them. Thank you Nida, Mia, Sigrid,Henriette and Anette for your kindness!

It was a wonderful visit, and Sister An Son and the children were fantastic. We brought treats and balloons for the kids, and they had lots of fun playing with their Norwegian guests. Thank you everyone who contributed to this visit! 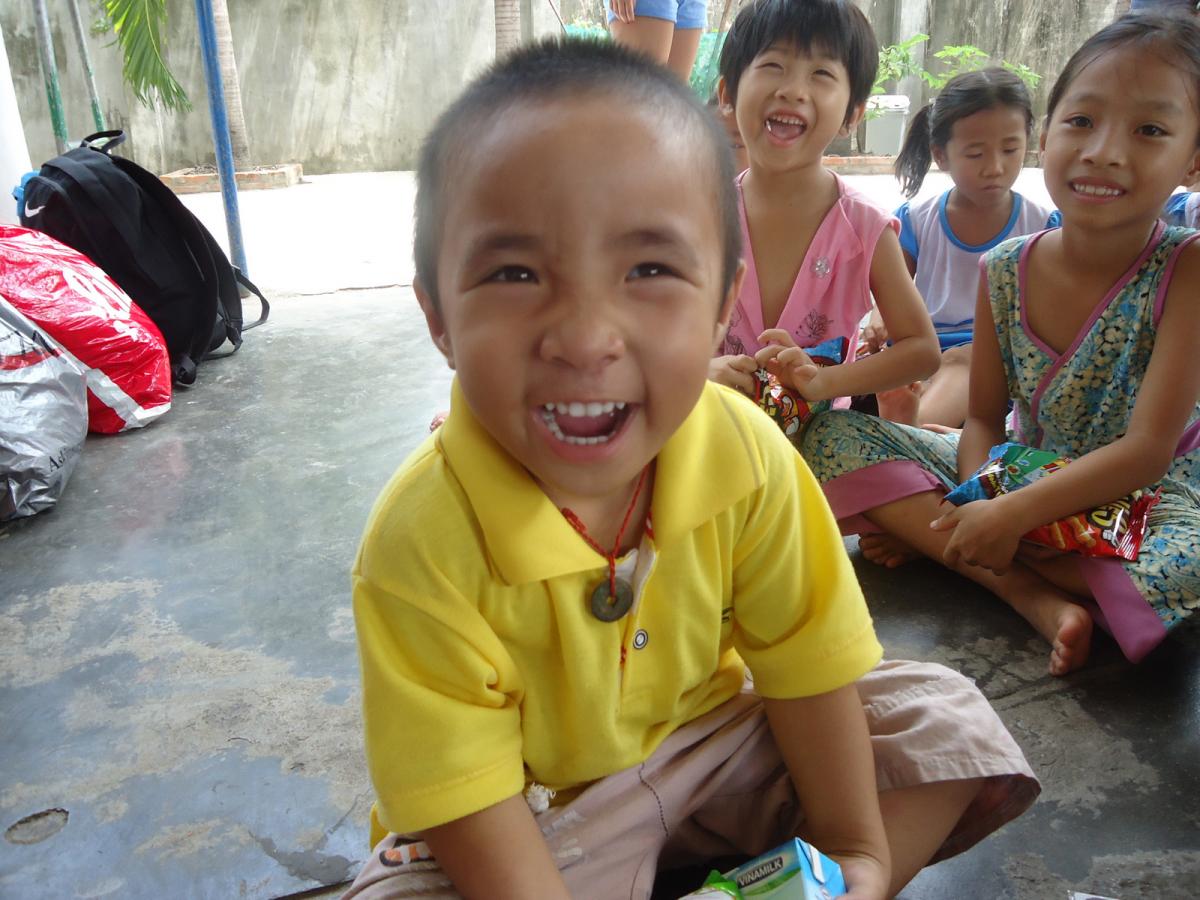 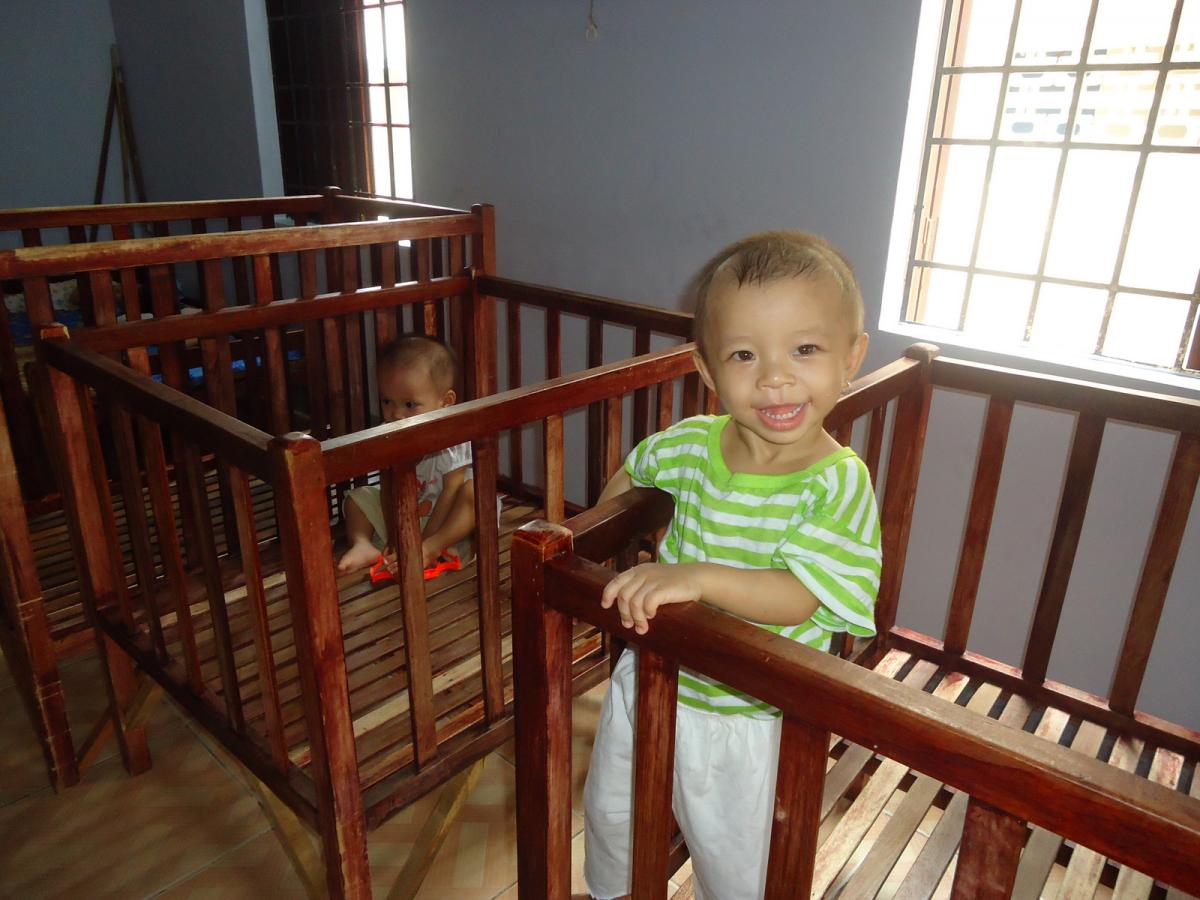 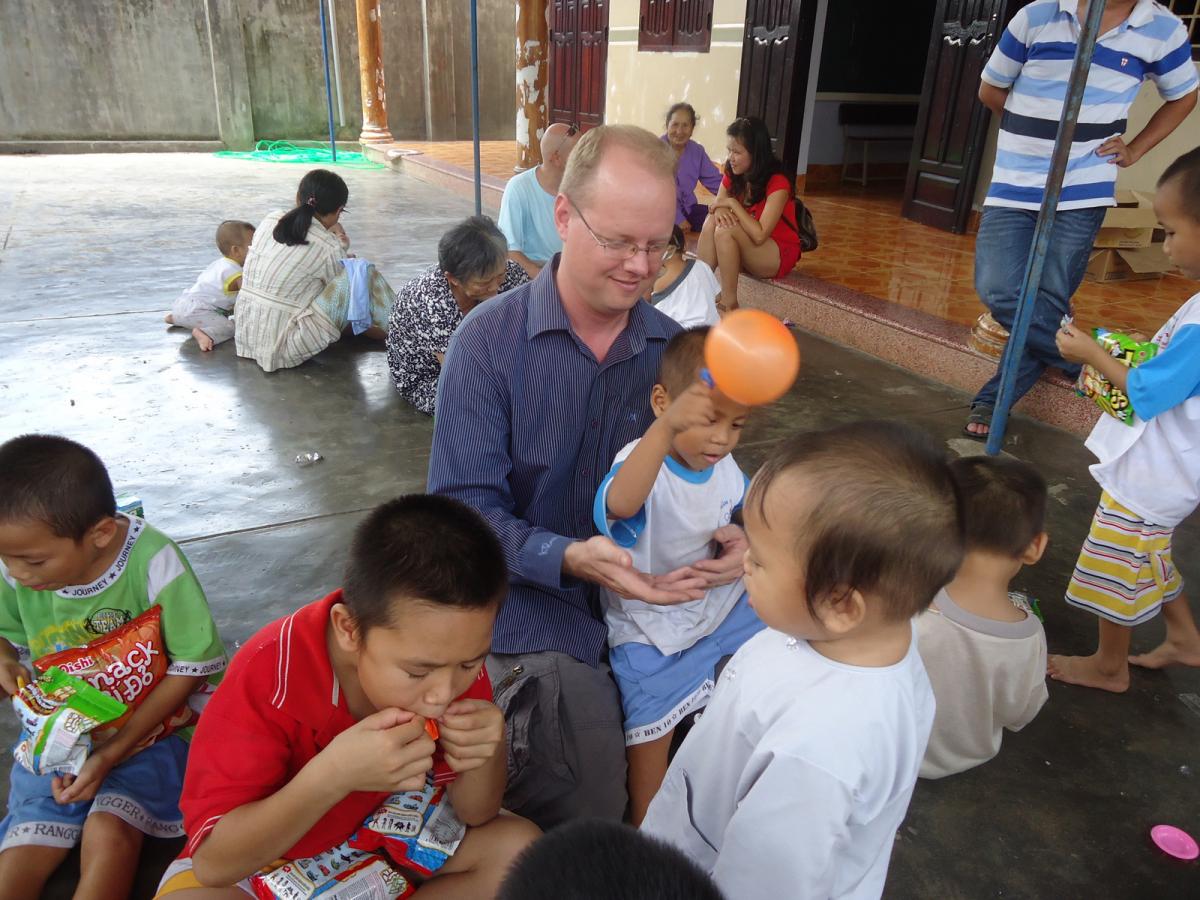 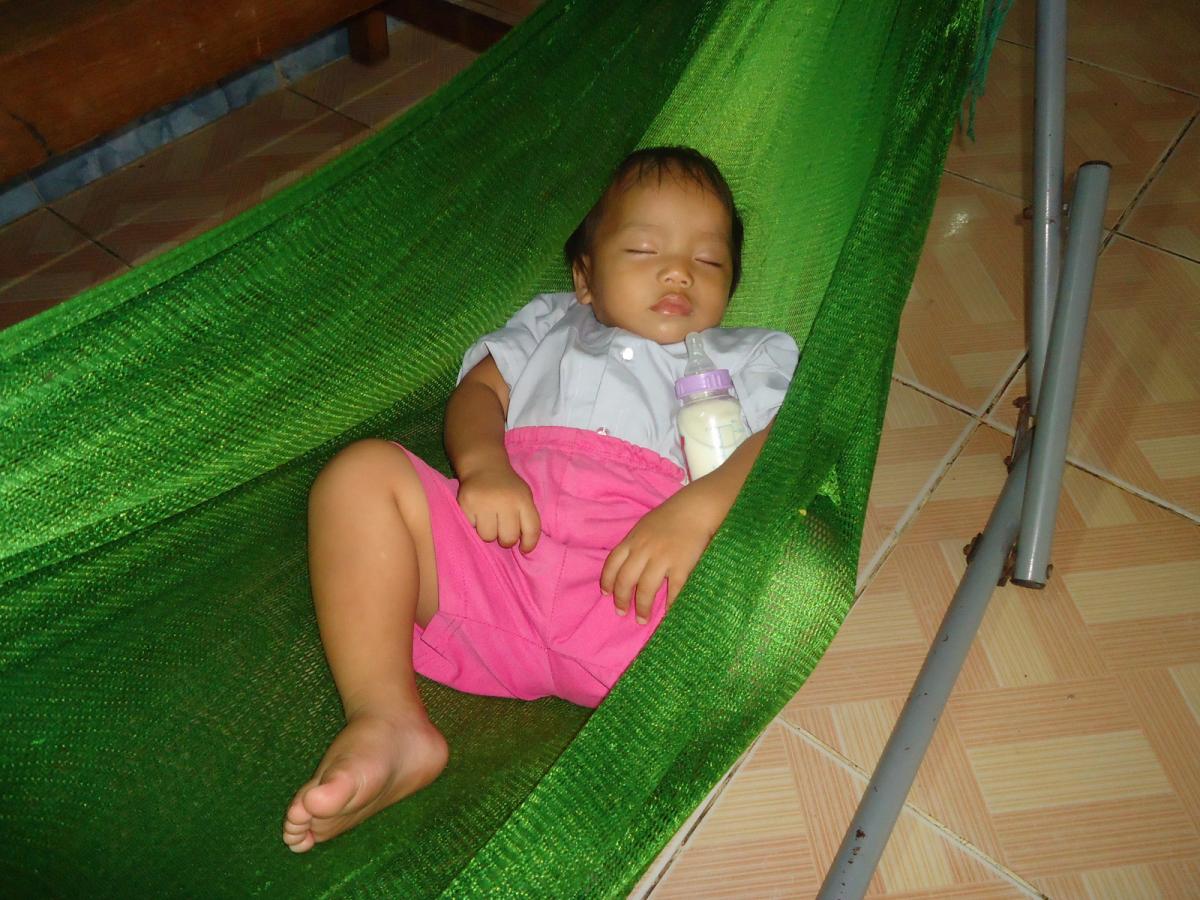 Here Khanh is presenting Sister An Son with the tuitions for the university students. 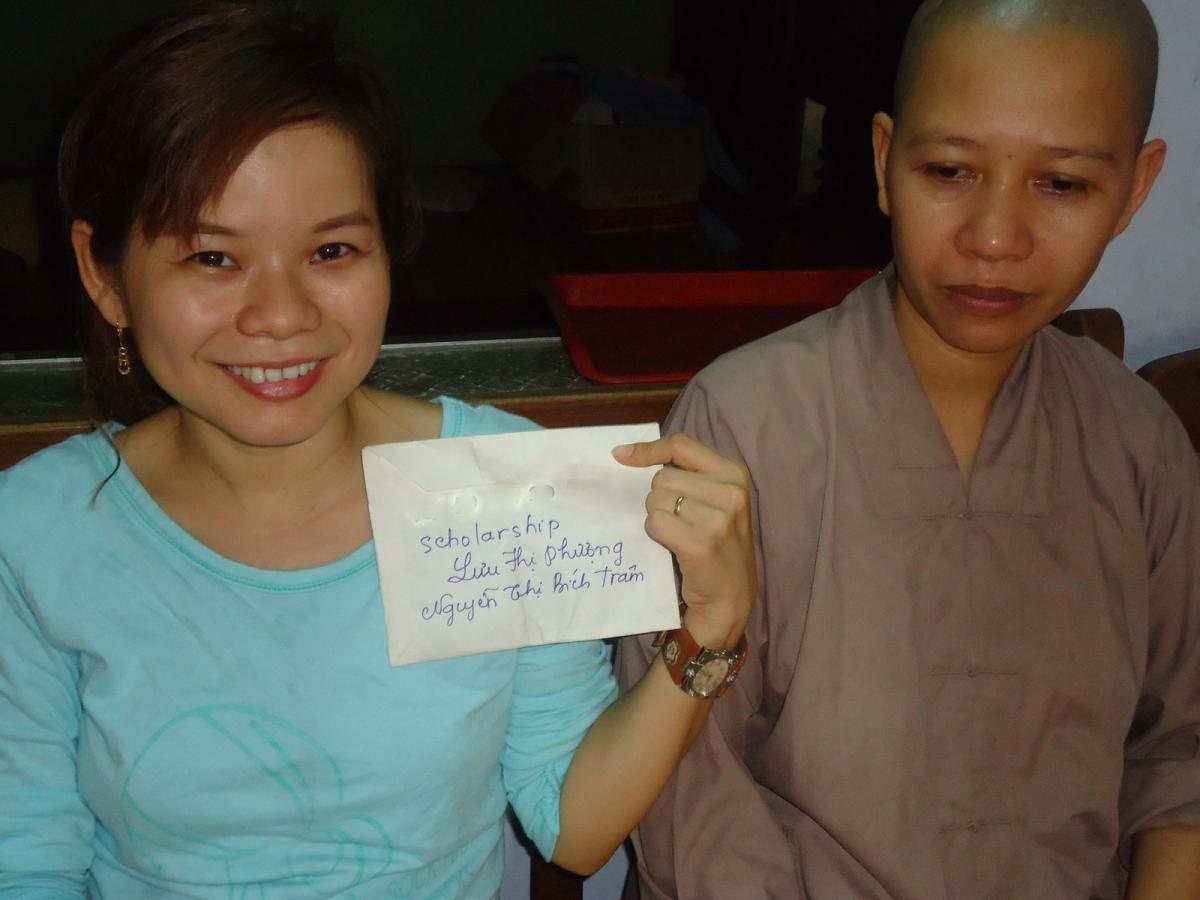 Here is the formula that Alan donated for the children 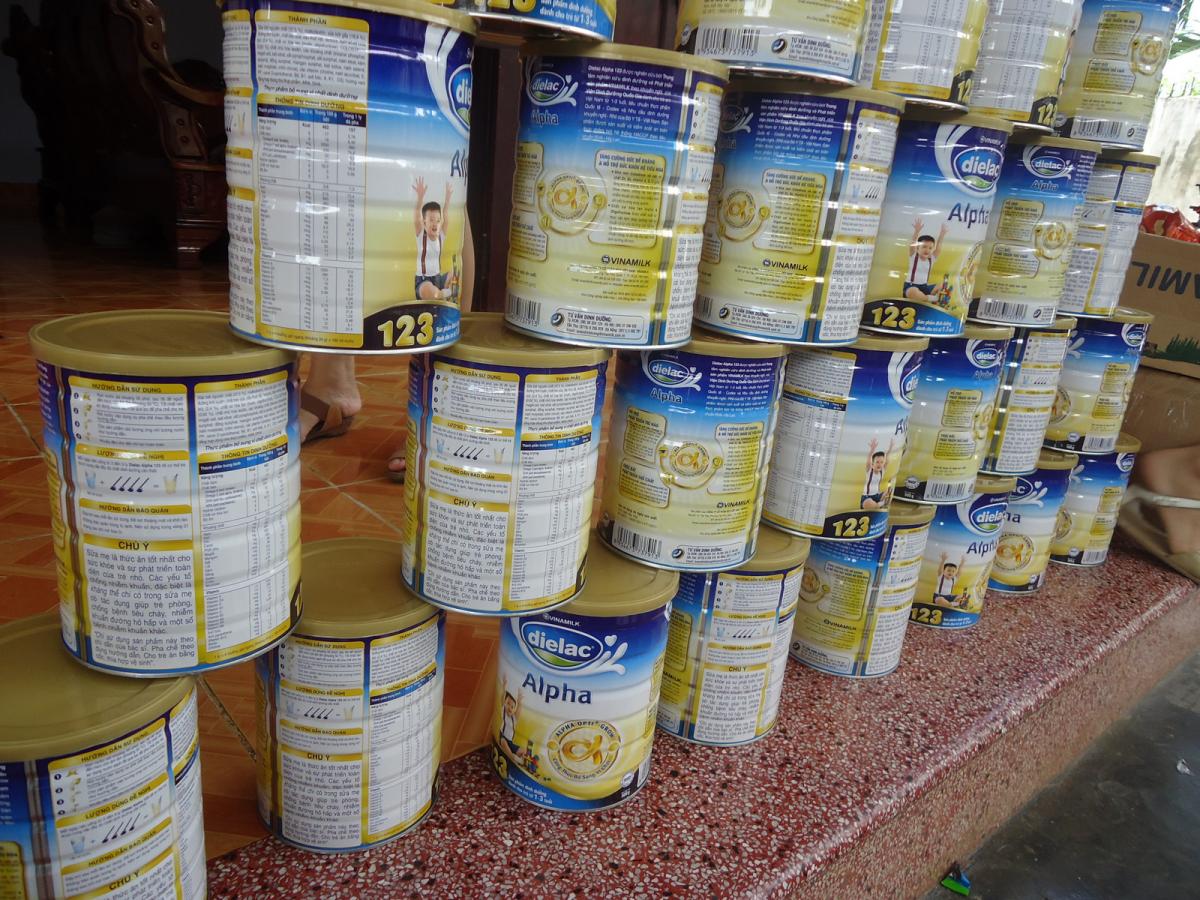 Dried fish, snacks and eggs bought by the Boisson family 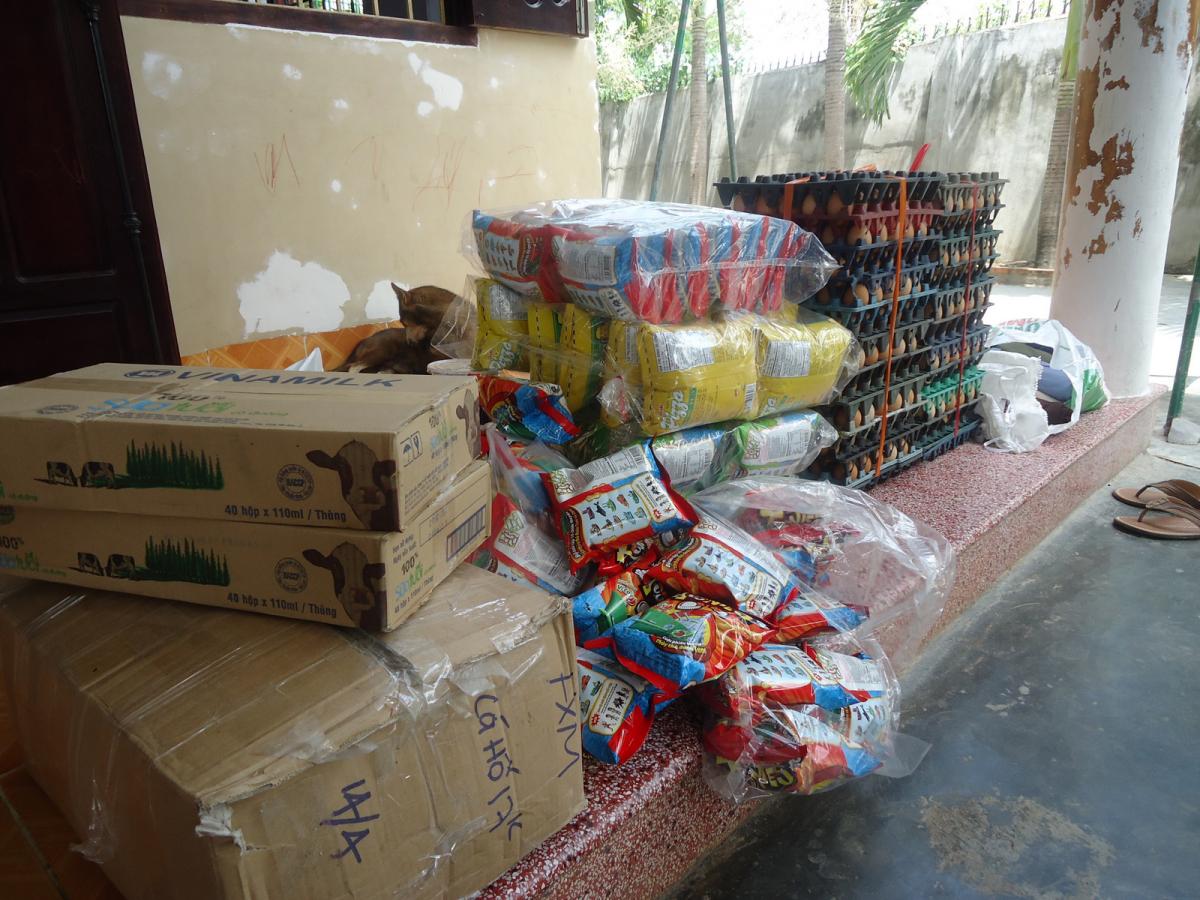 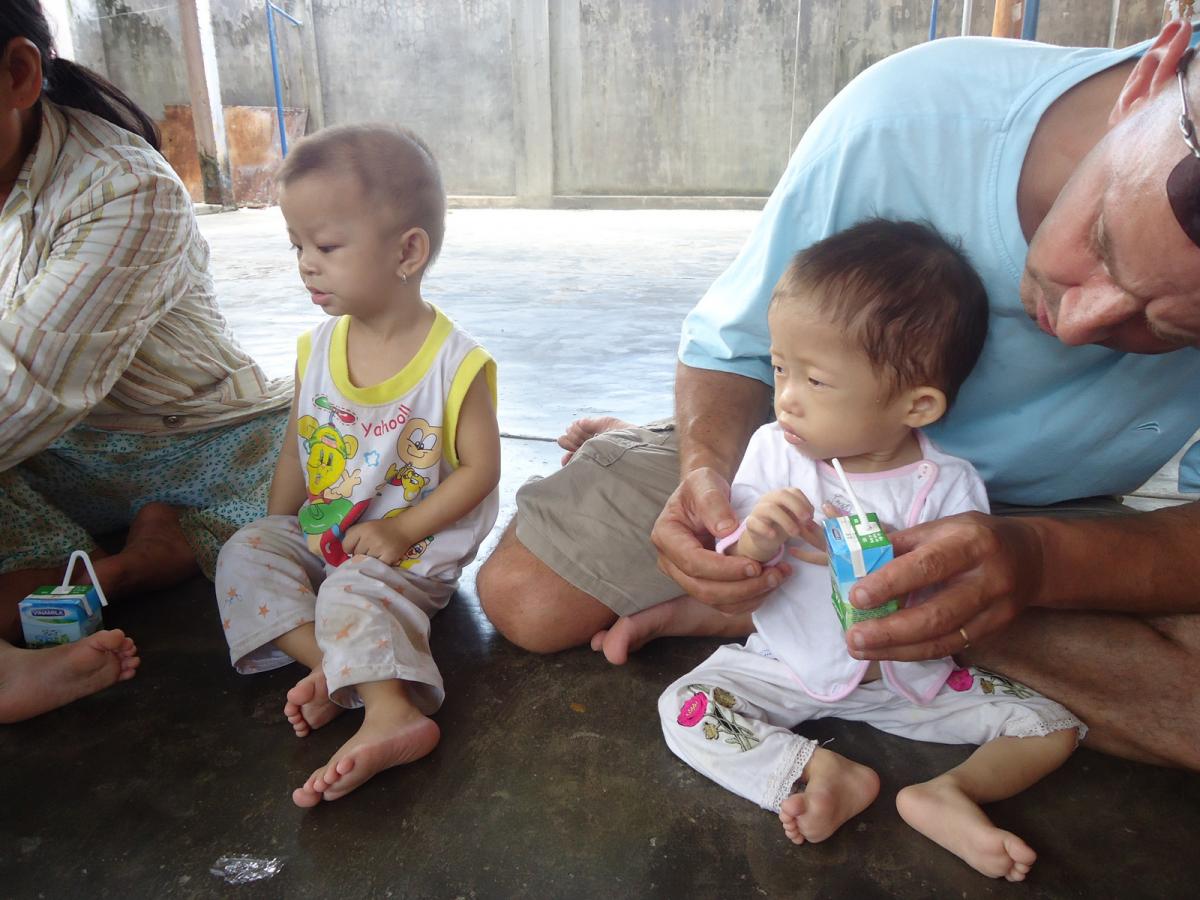 Khanh and Ahren sit with Phuong, who is studying at university to become a teacher. 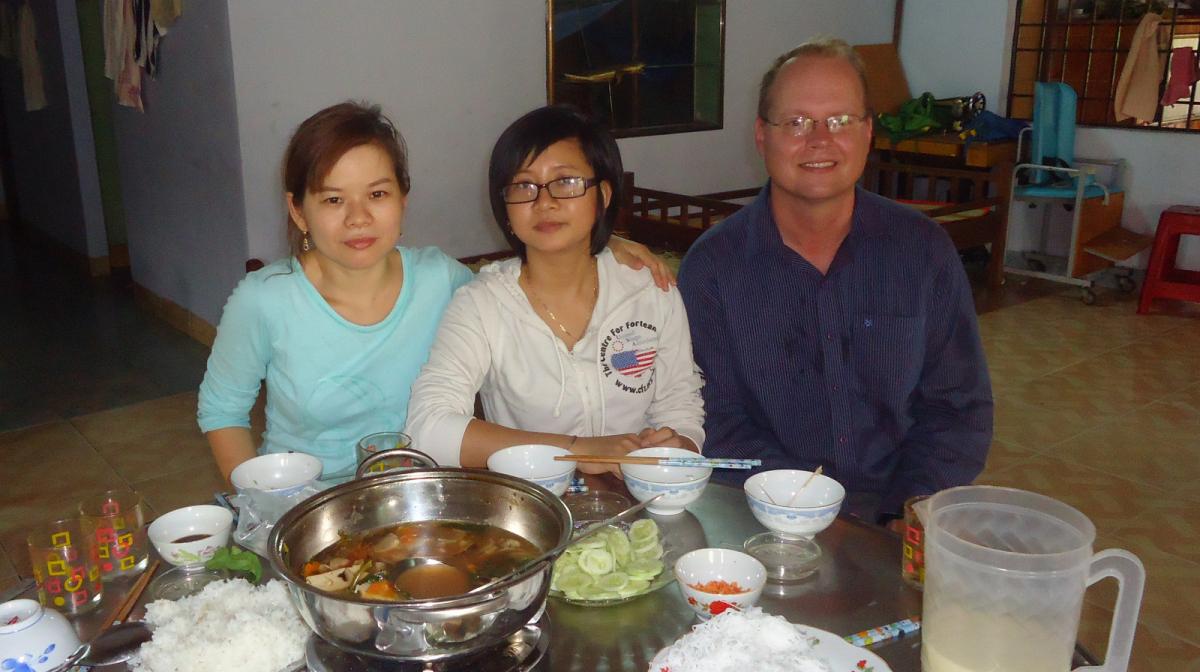 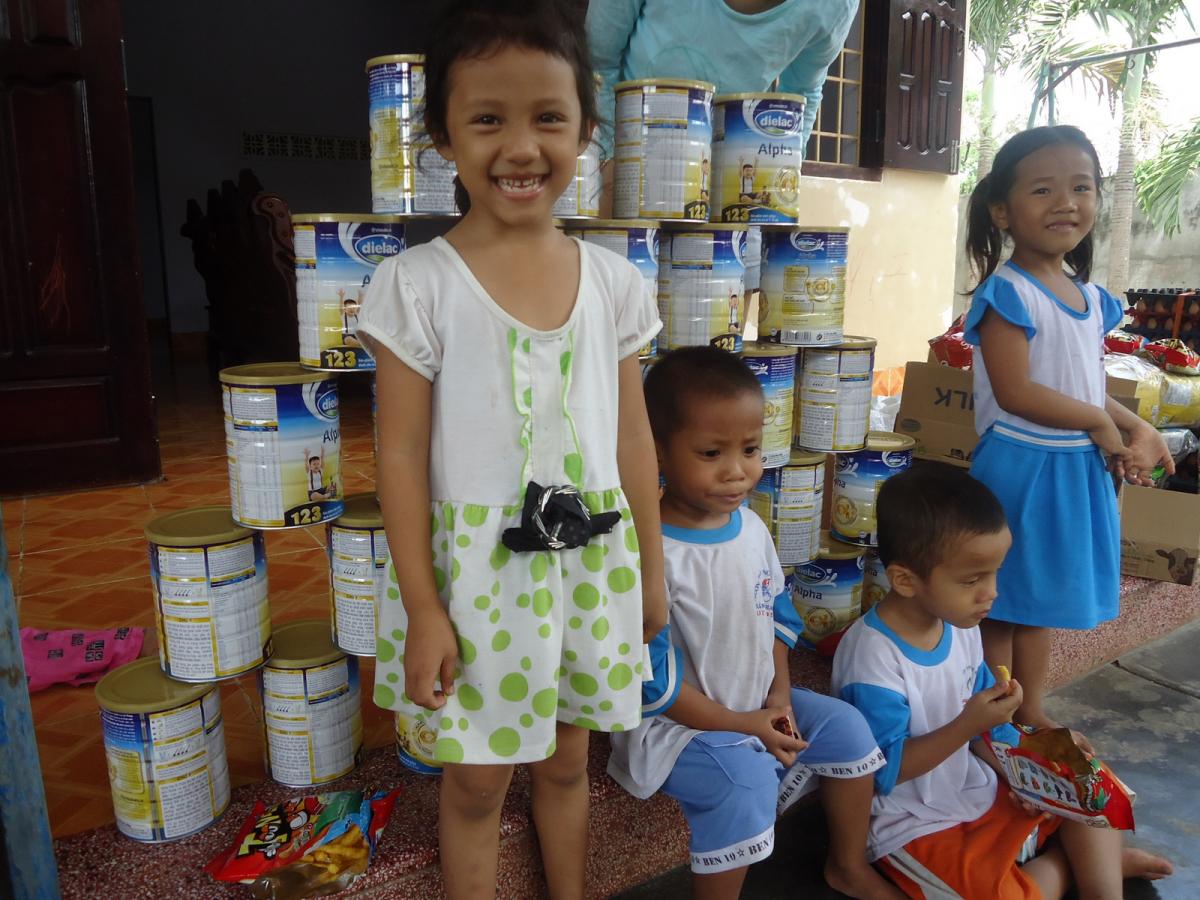 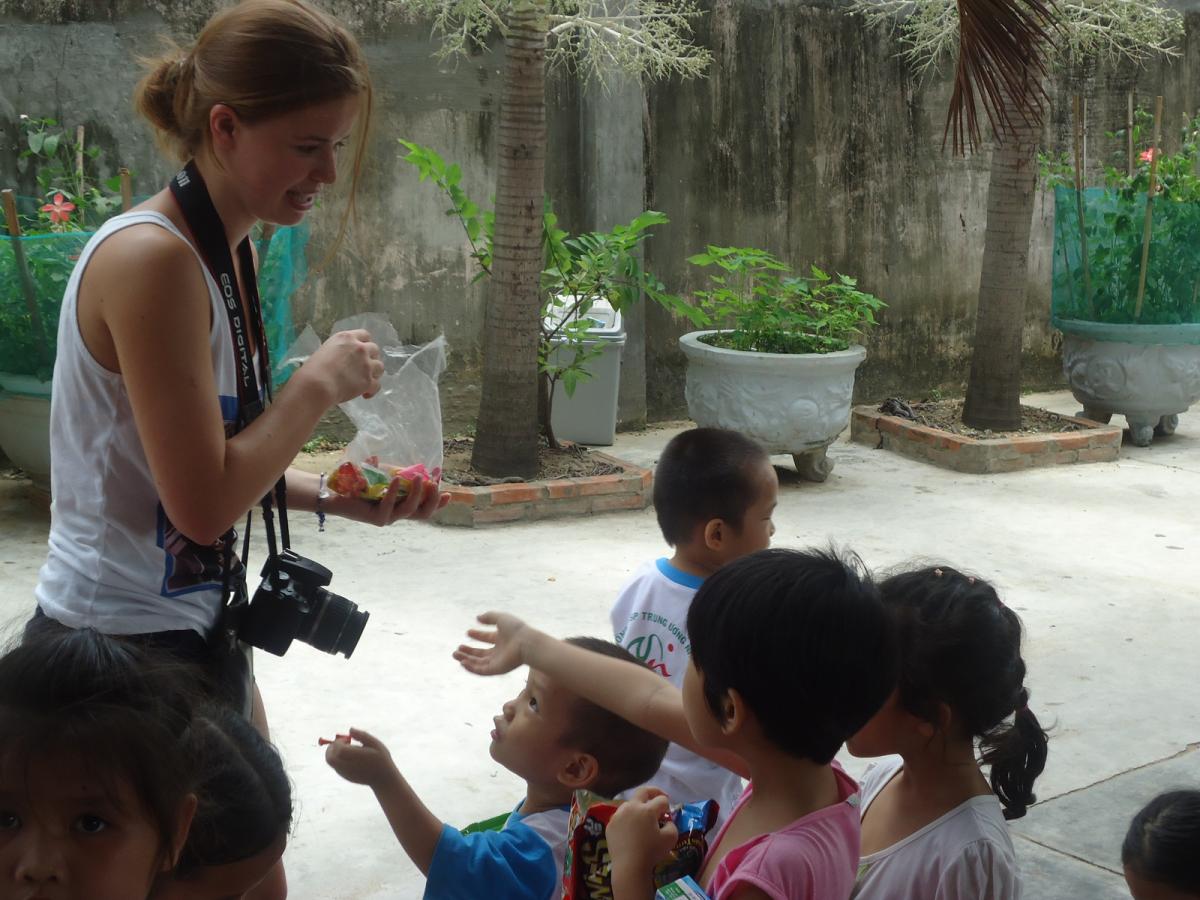 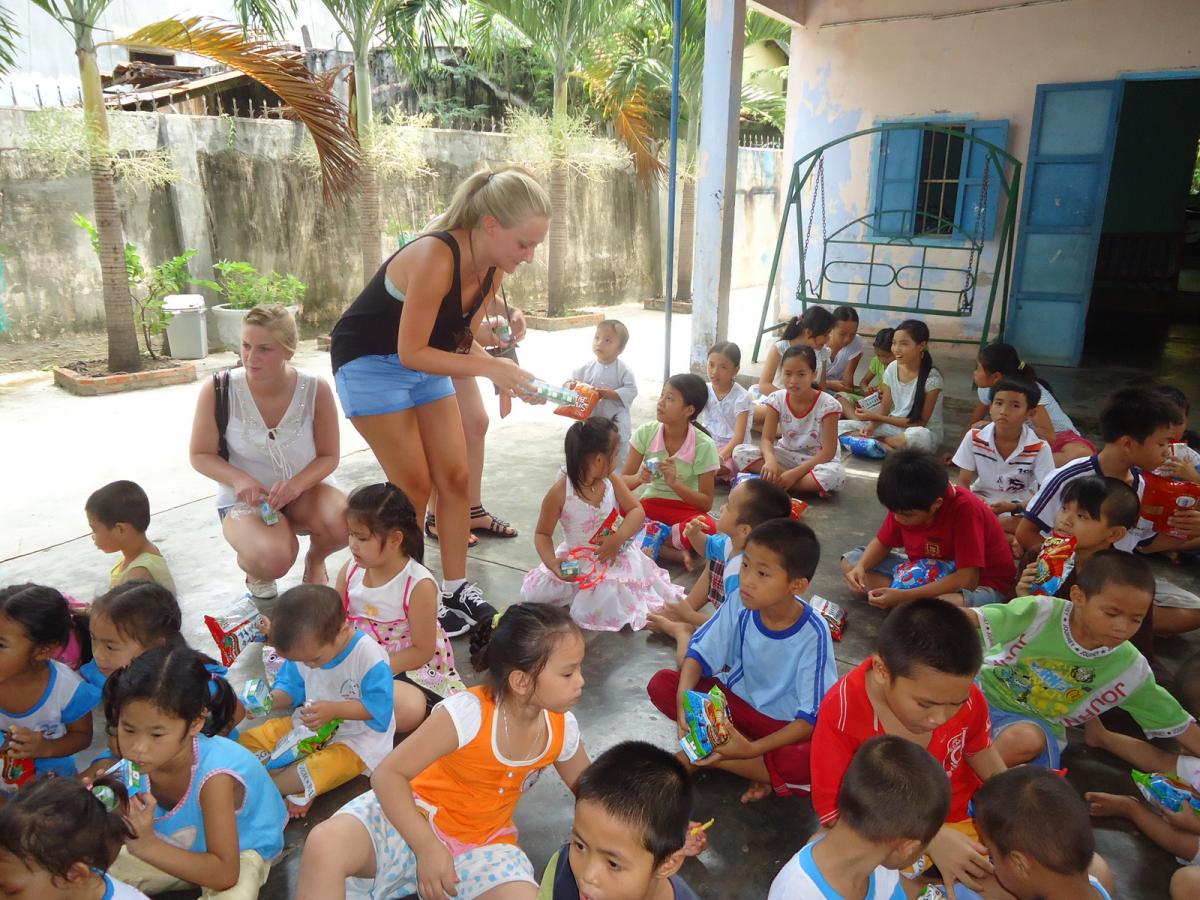