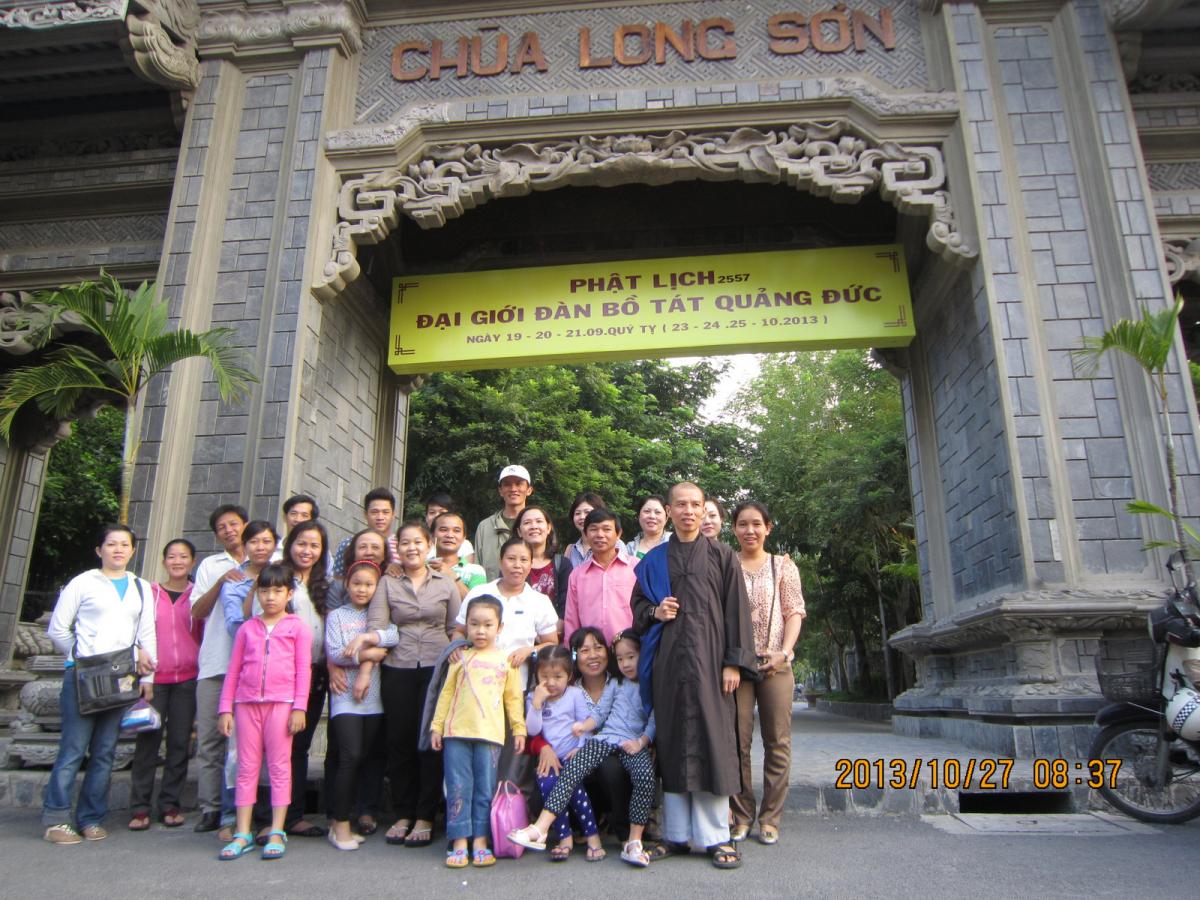 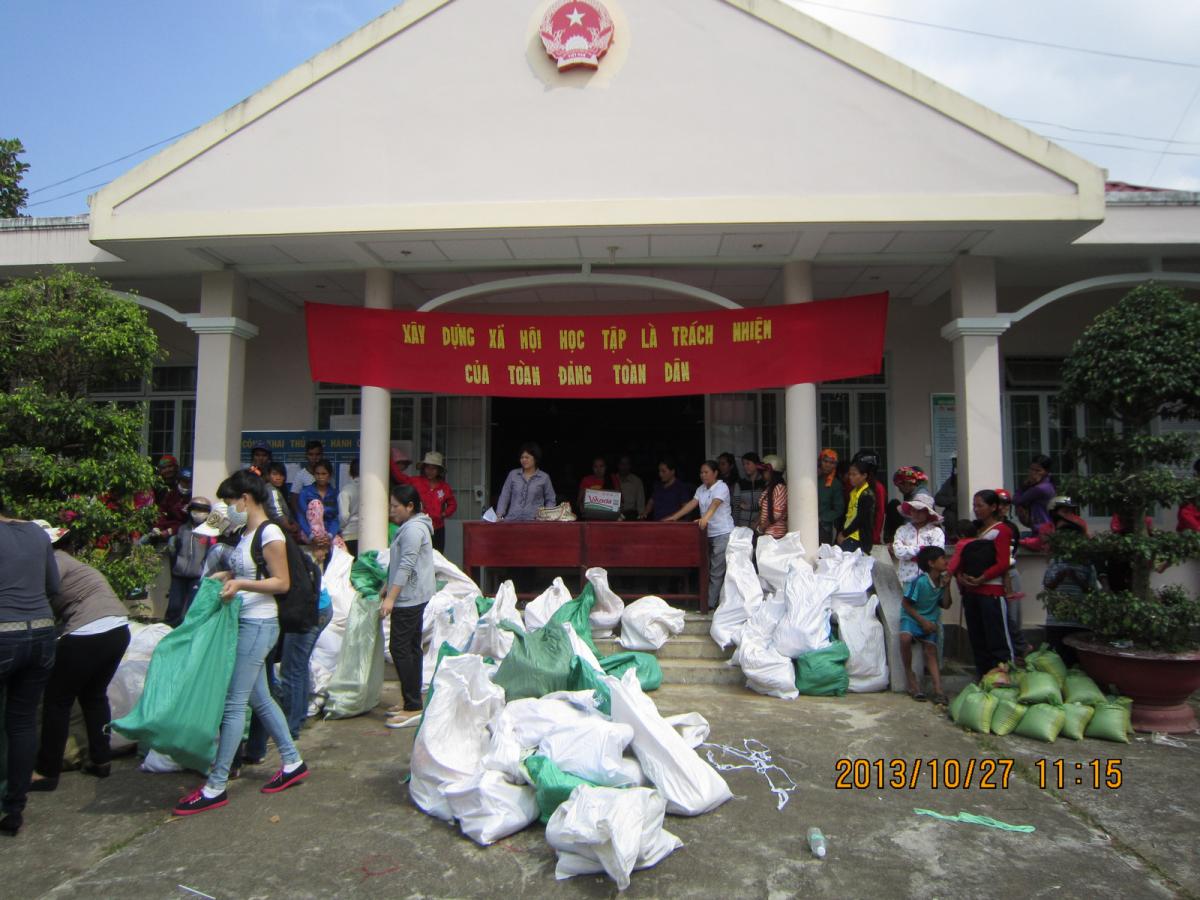 On October 27, 2013 our team traveled to the remote district on Khanh Son with humanitarian aid. While the district of Khanh Son lies in the same province as the bustling tourist capitol of Nha Trang, the two could not be more different. Khanh Son rests in the rugged mountains to the southeast, with lush forests spread out over the hills, and populated by ethnic minorities who often live in abject poverty. Our team of volunteers took a trip to Khanh Son several weeks ago, and were moved by what they saw. They immediately spread the word to friends, family, and colleagues that they wished to bring food and other essentials to those in poverty in Khanh Son.
The response was overwhelming! When they returned there were three buses loaded with rice, noodles, cooking oil, dried fish, milk, blankets, and soaps. As always, when we bring humanitarian aid to a community we coordinated with the local government. Representatives of the Khanh Son People’s Committee were on hand to help organize the distribution of donations to those in the community.

All donations were provided by the Buddhist community of the Long Son Pagoda, led by our amazing coordinator Thich Tam Nhan, who is both a monk at the pagoda and the spiritual leader of our team of volunteers.

Thanks to everyone for your love and compassion! 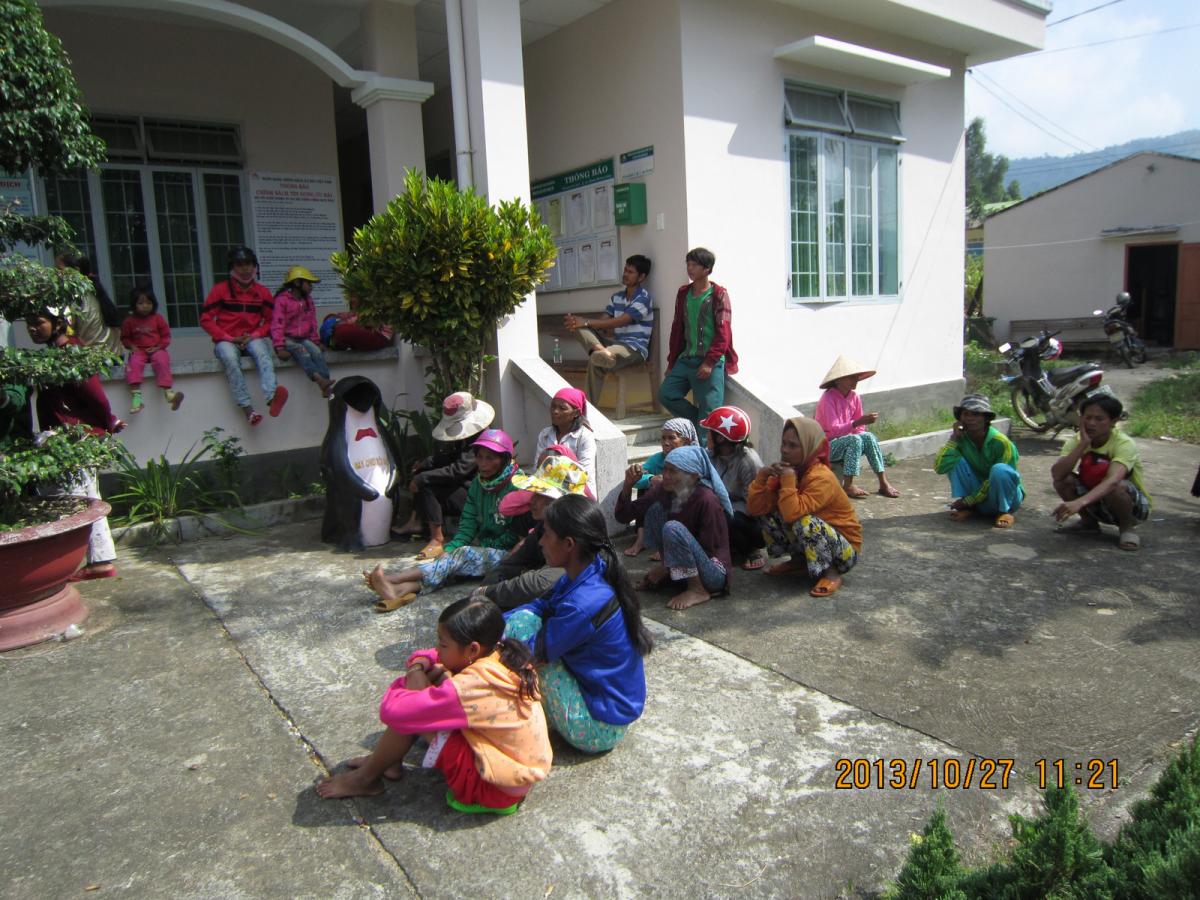 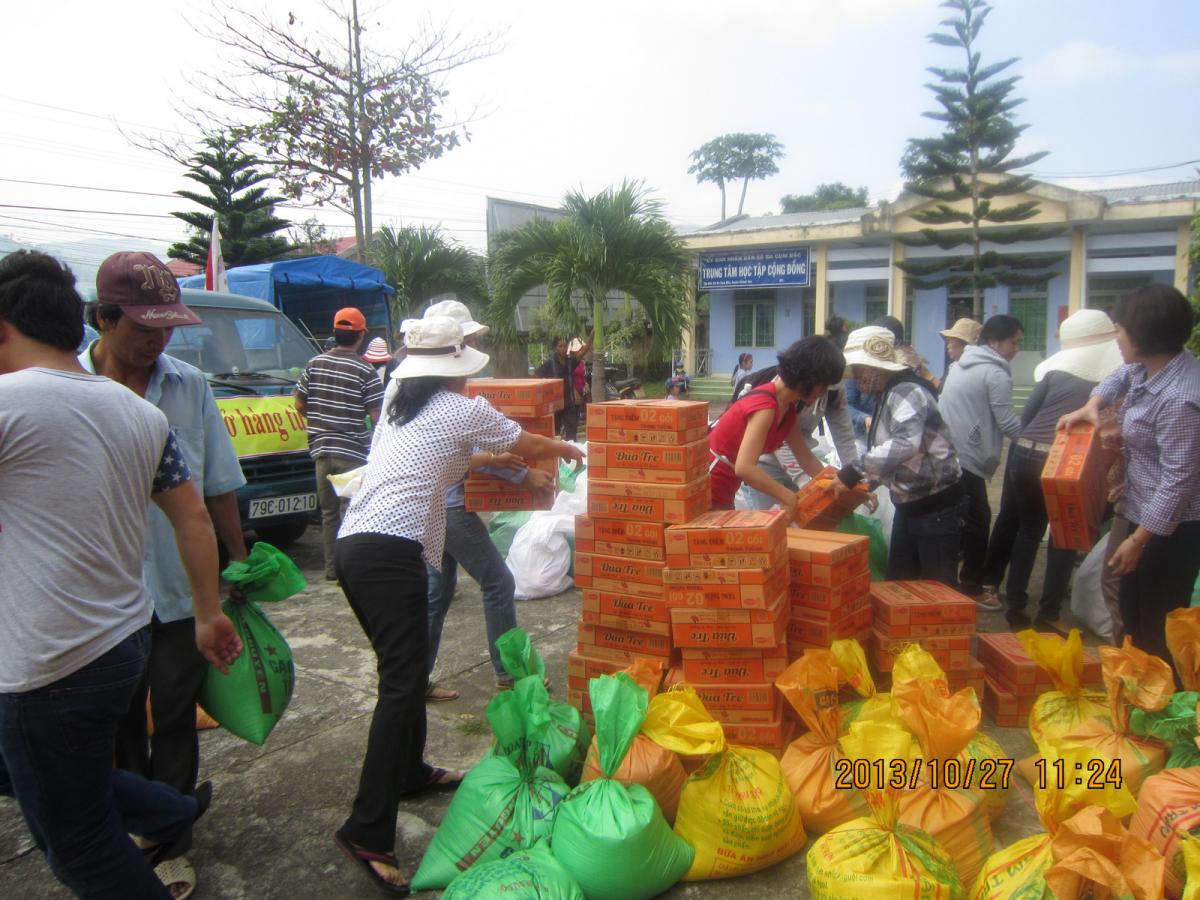 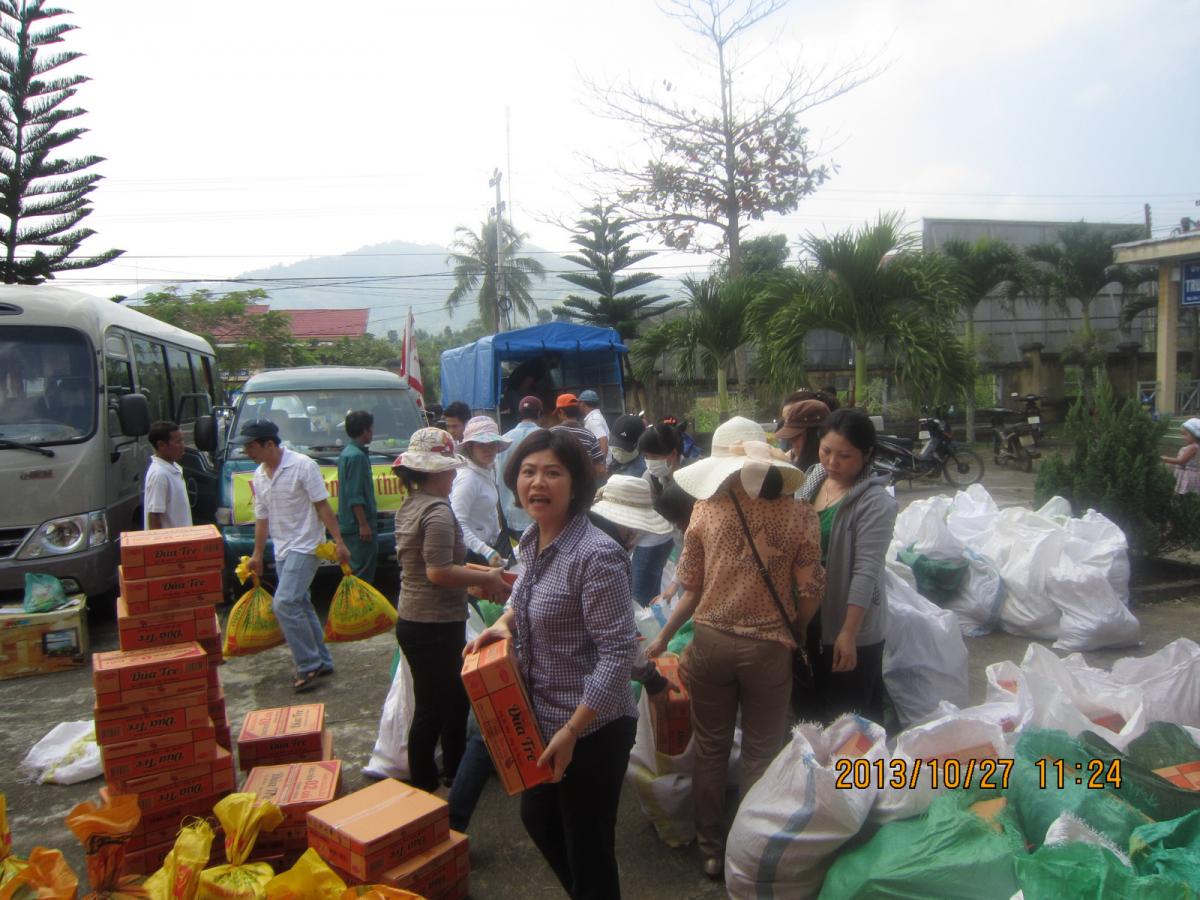 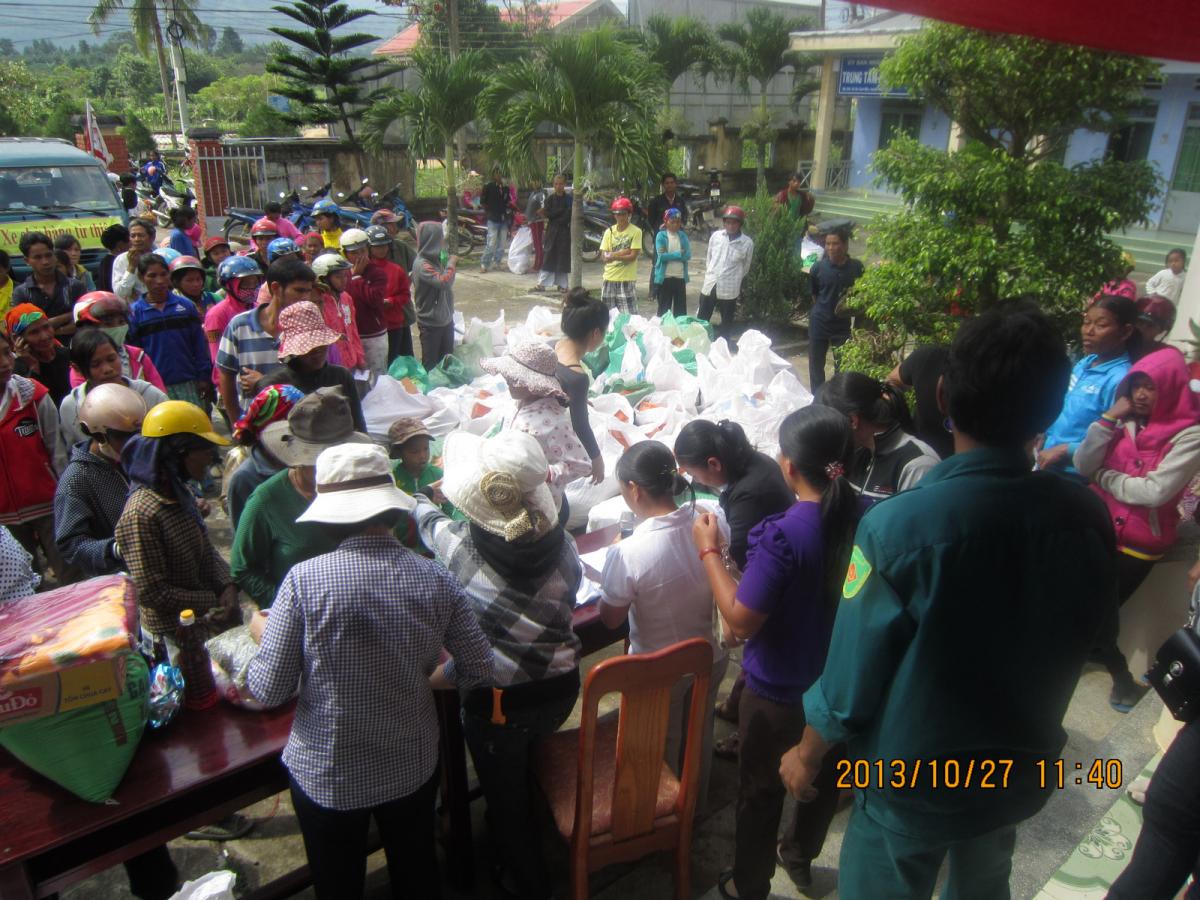 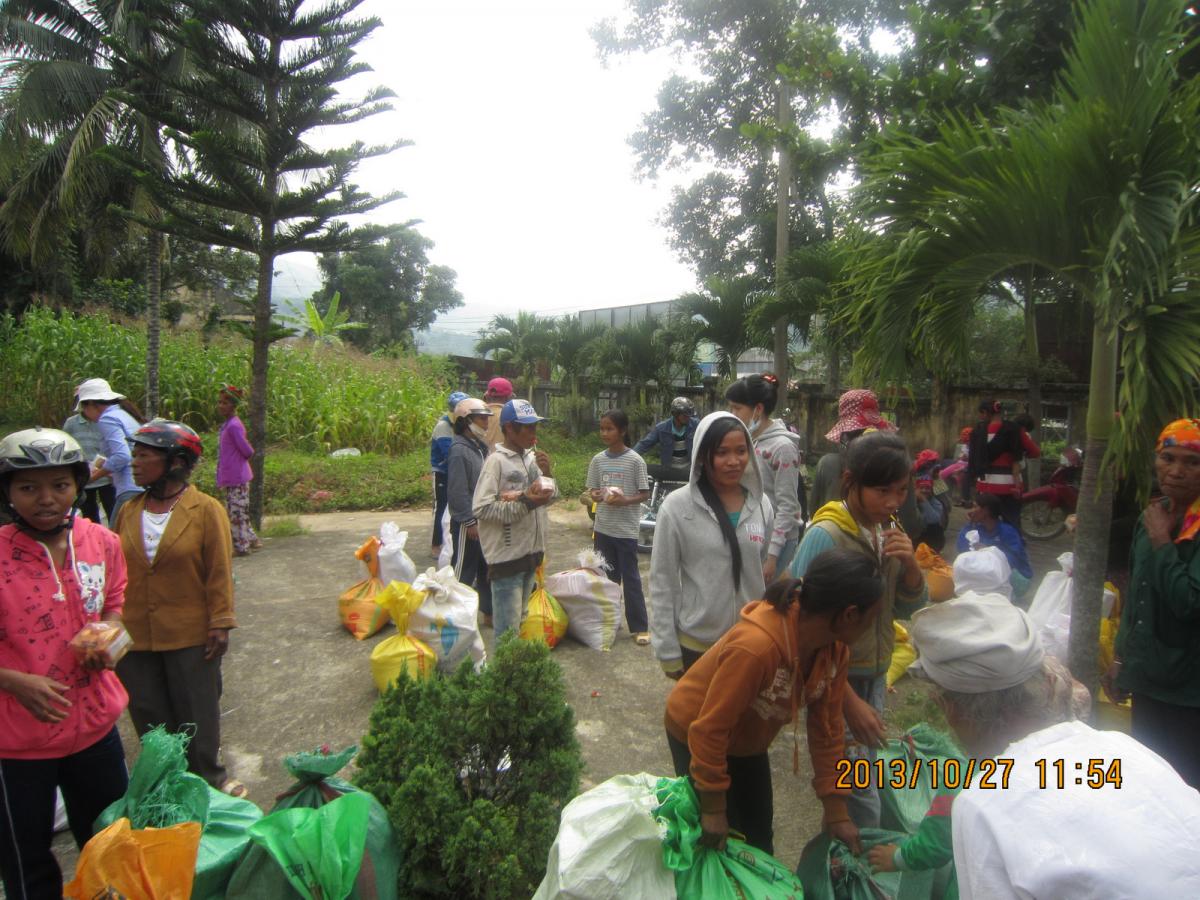 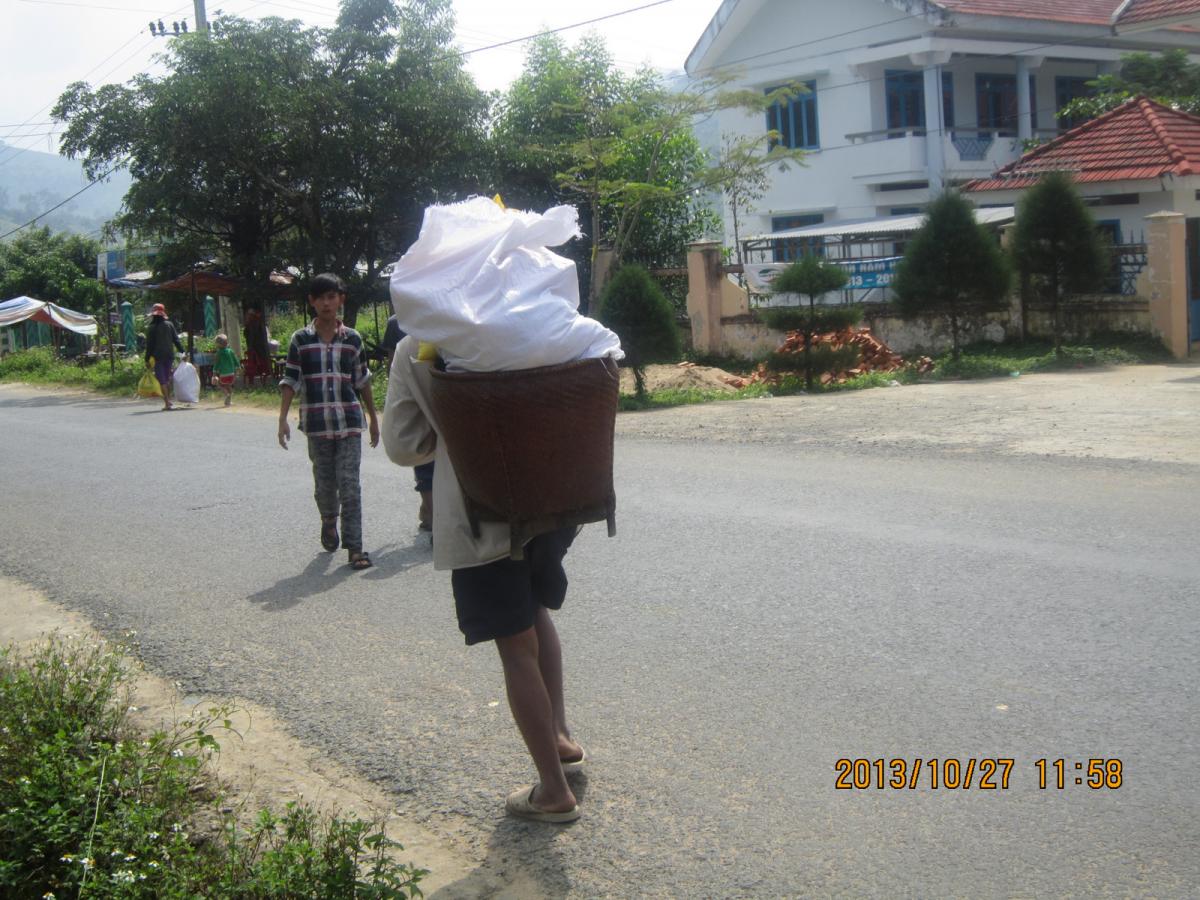 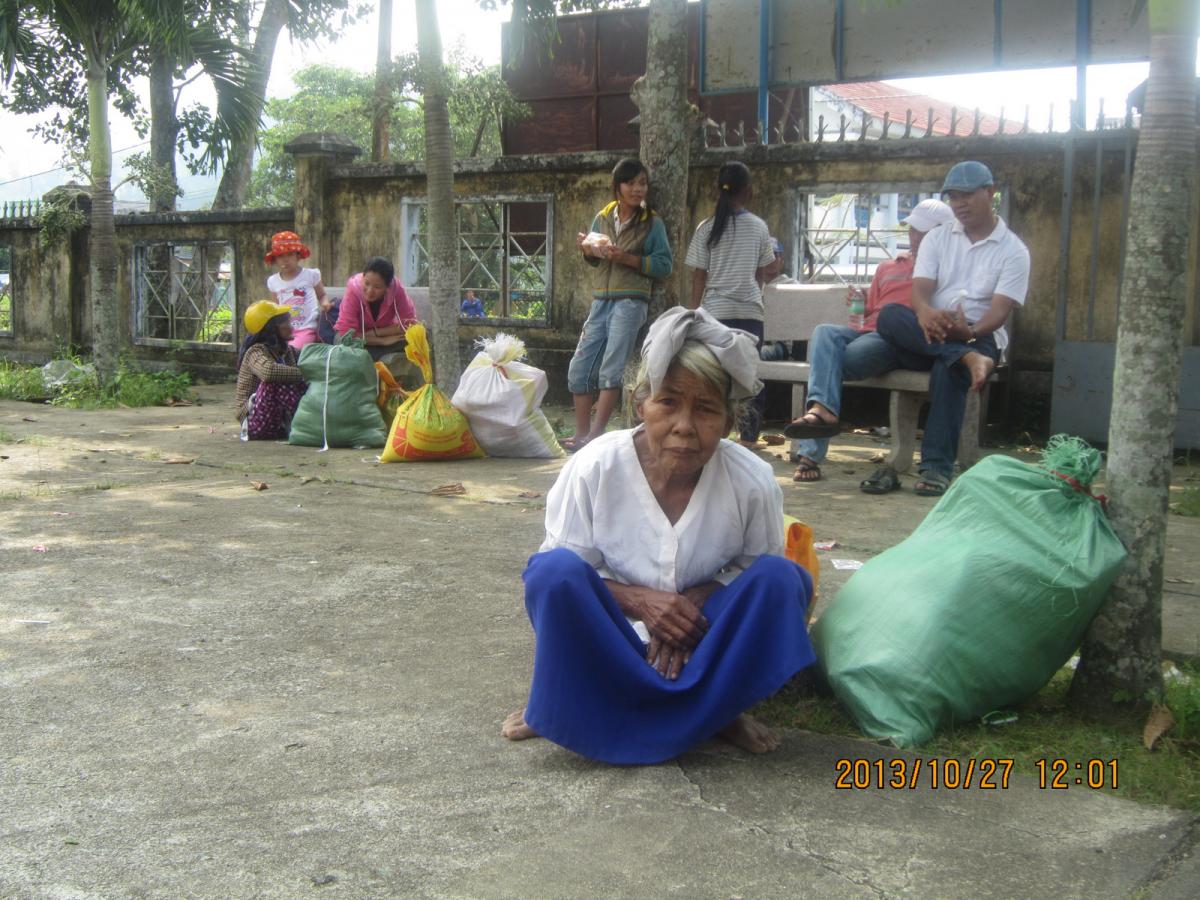 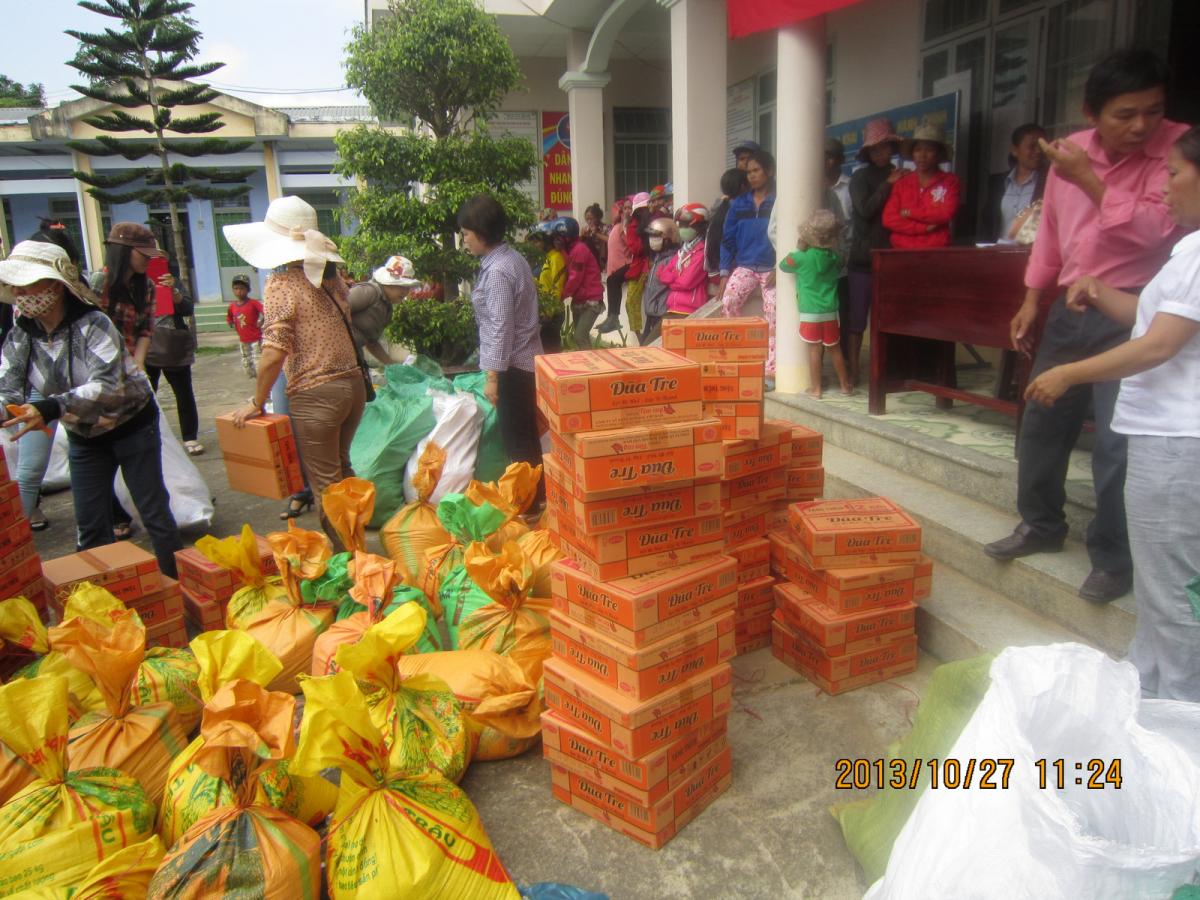 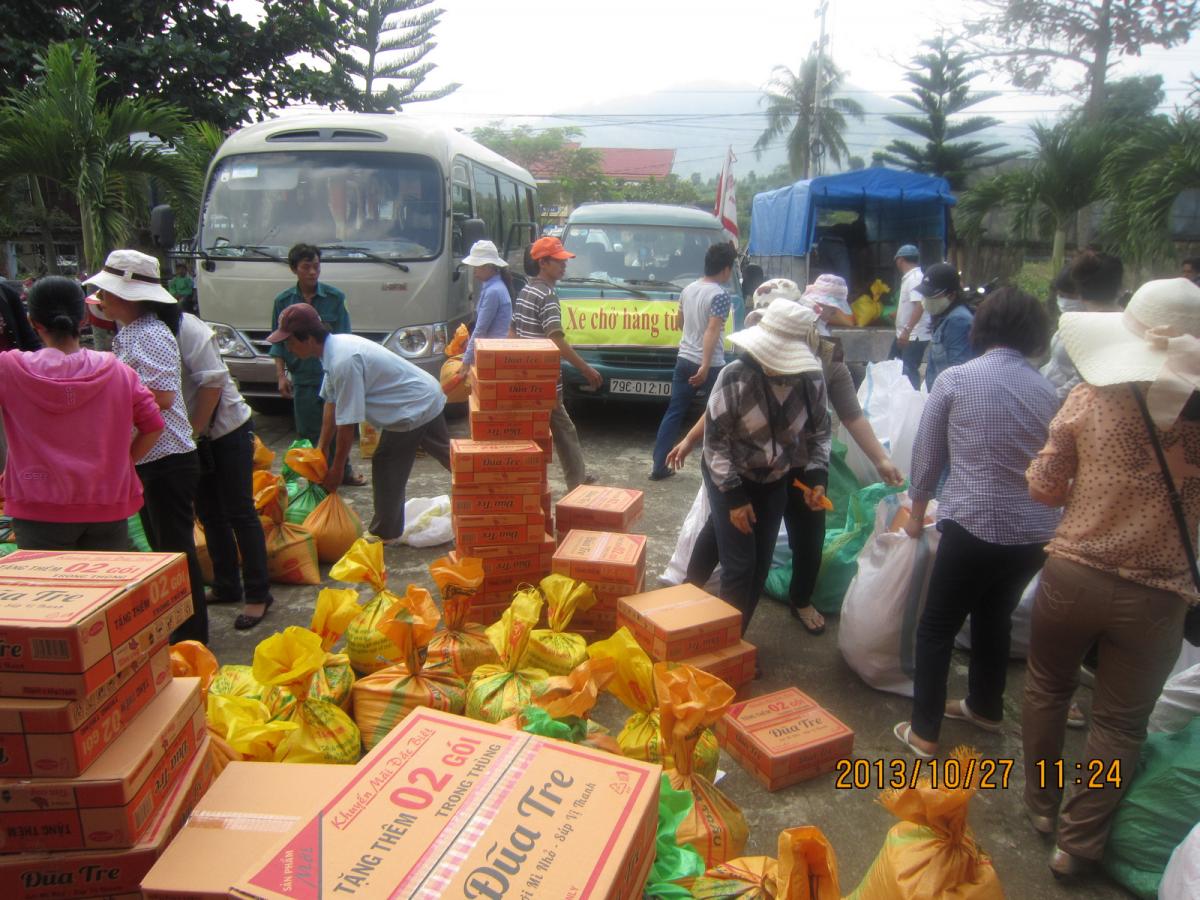 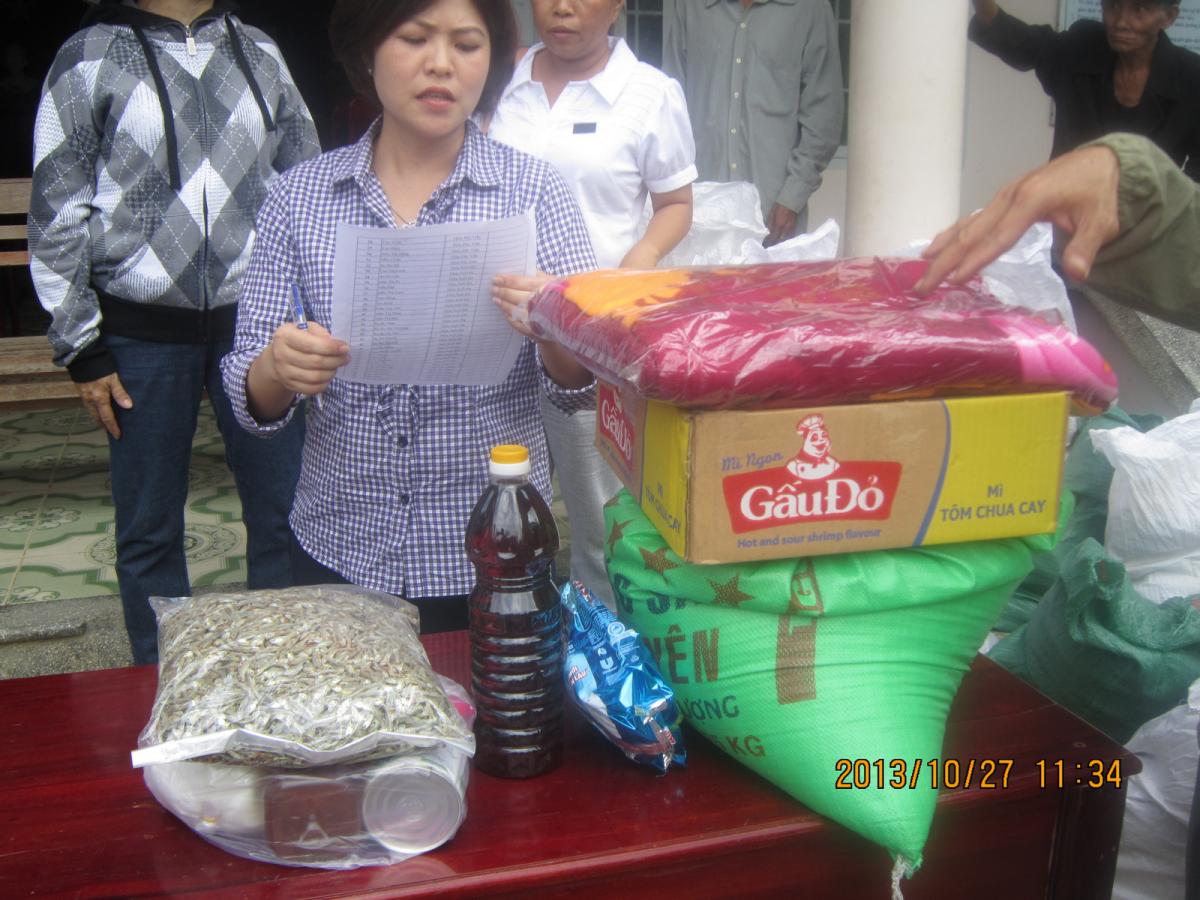 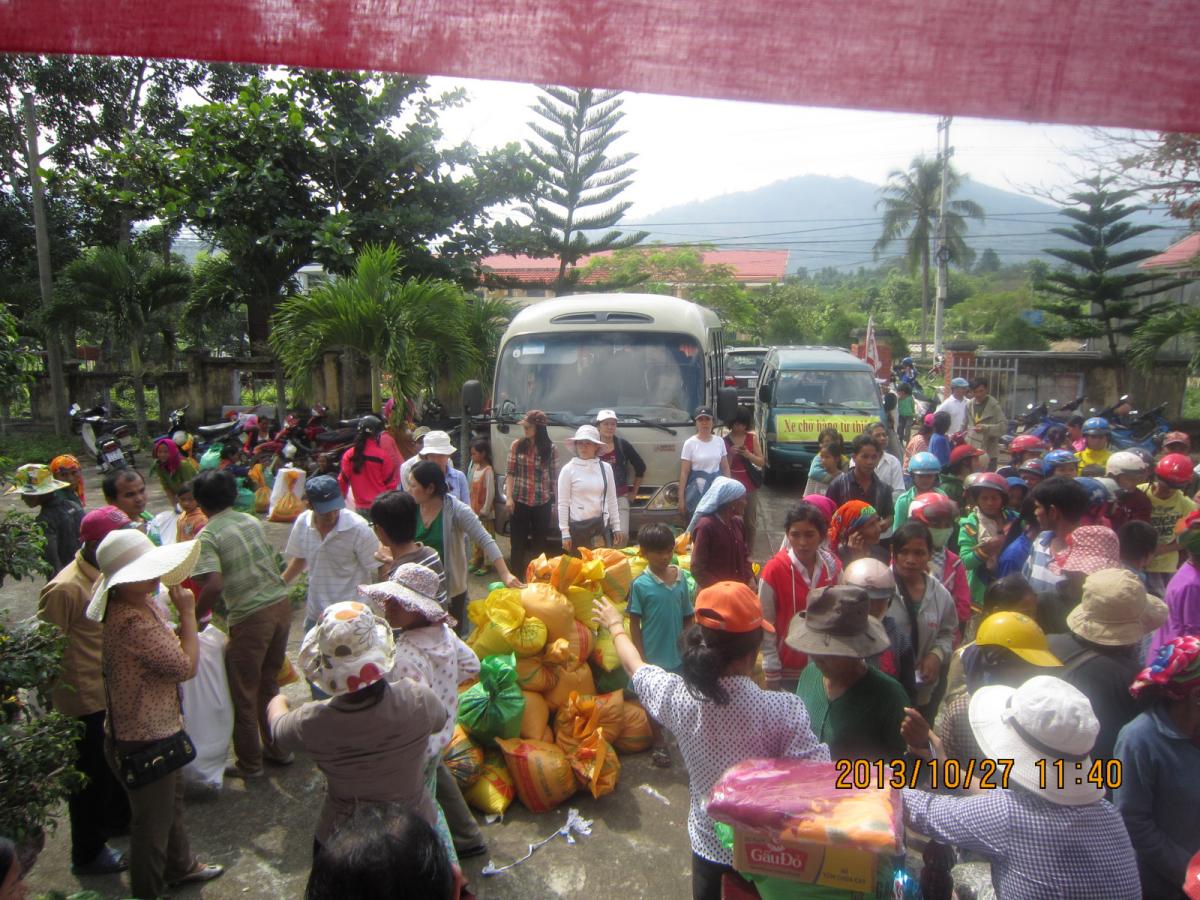 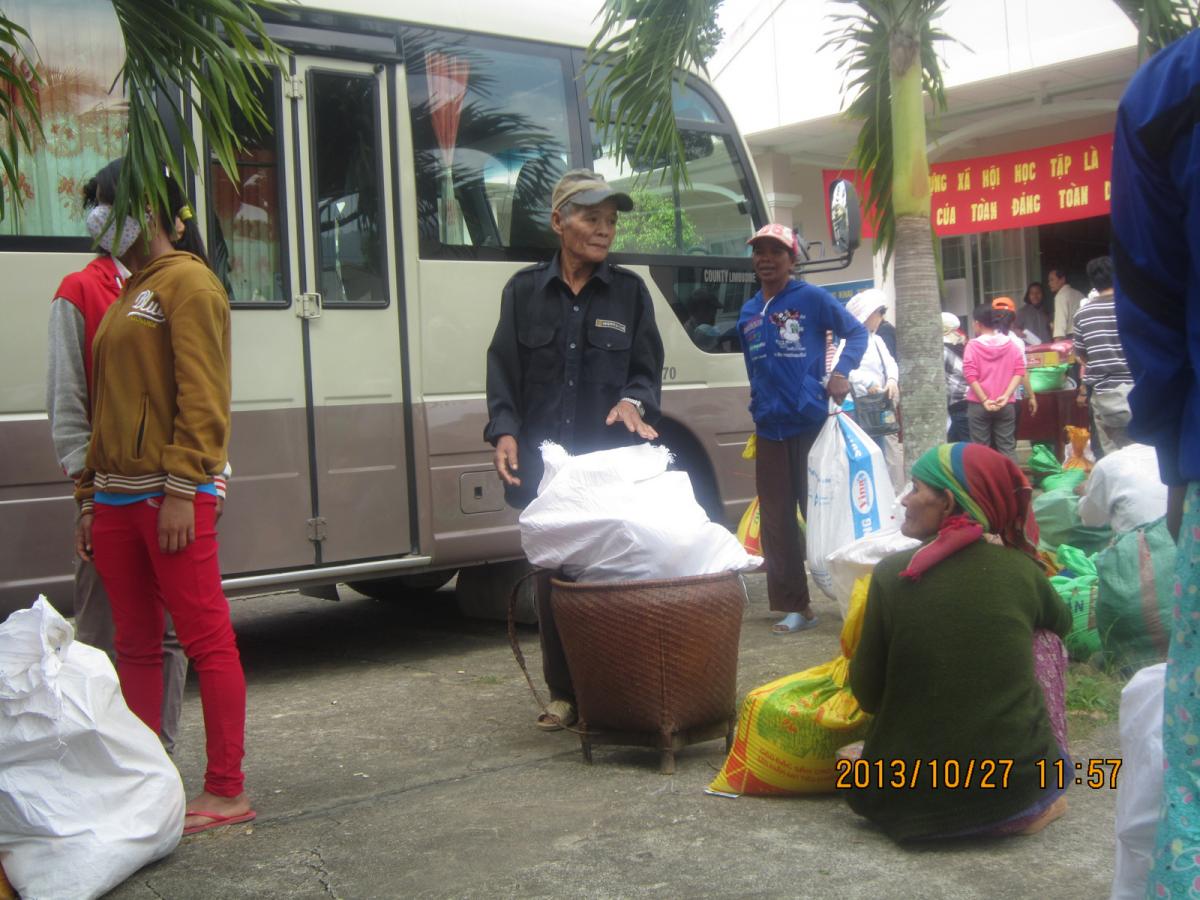 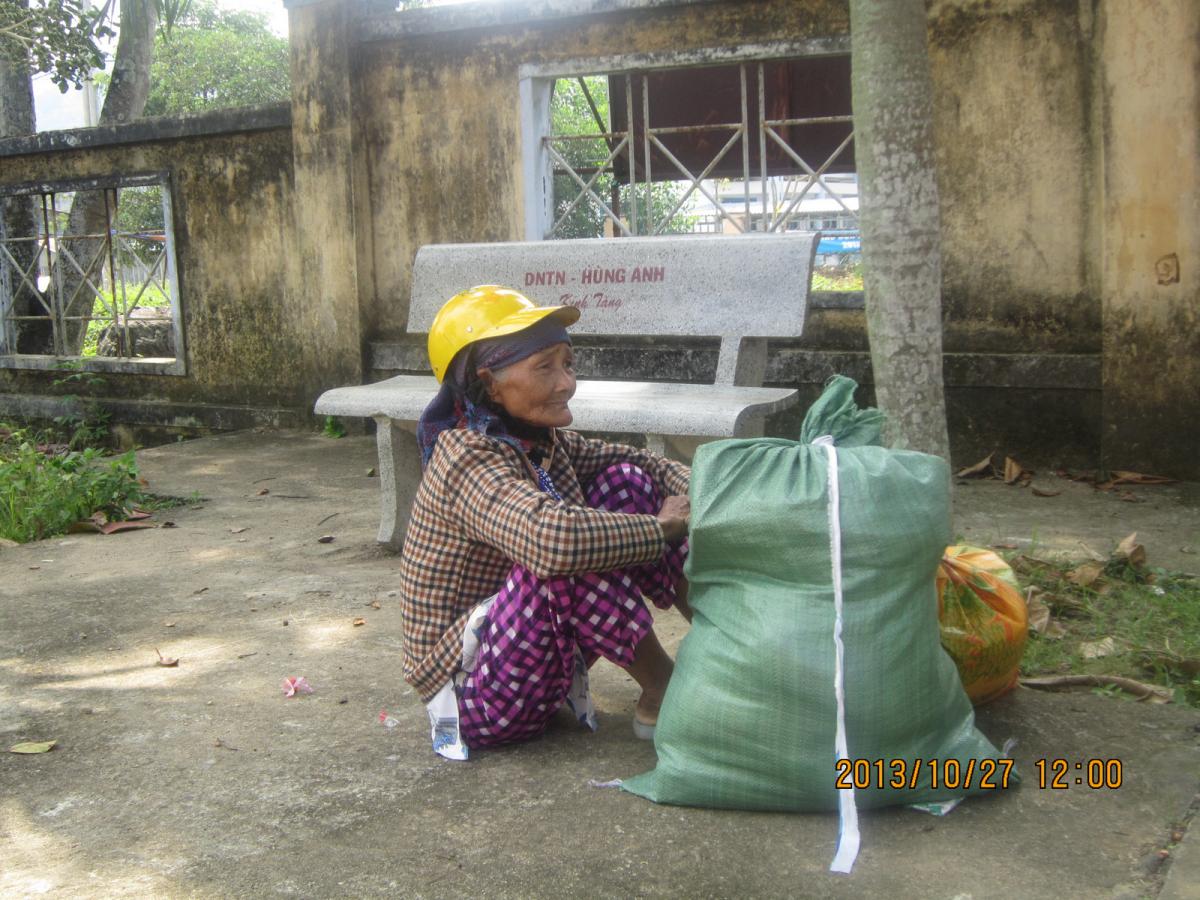 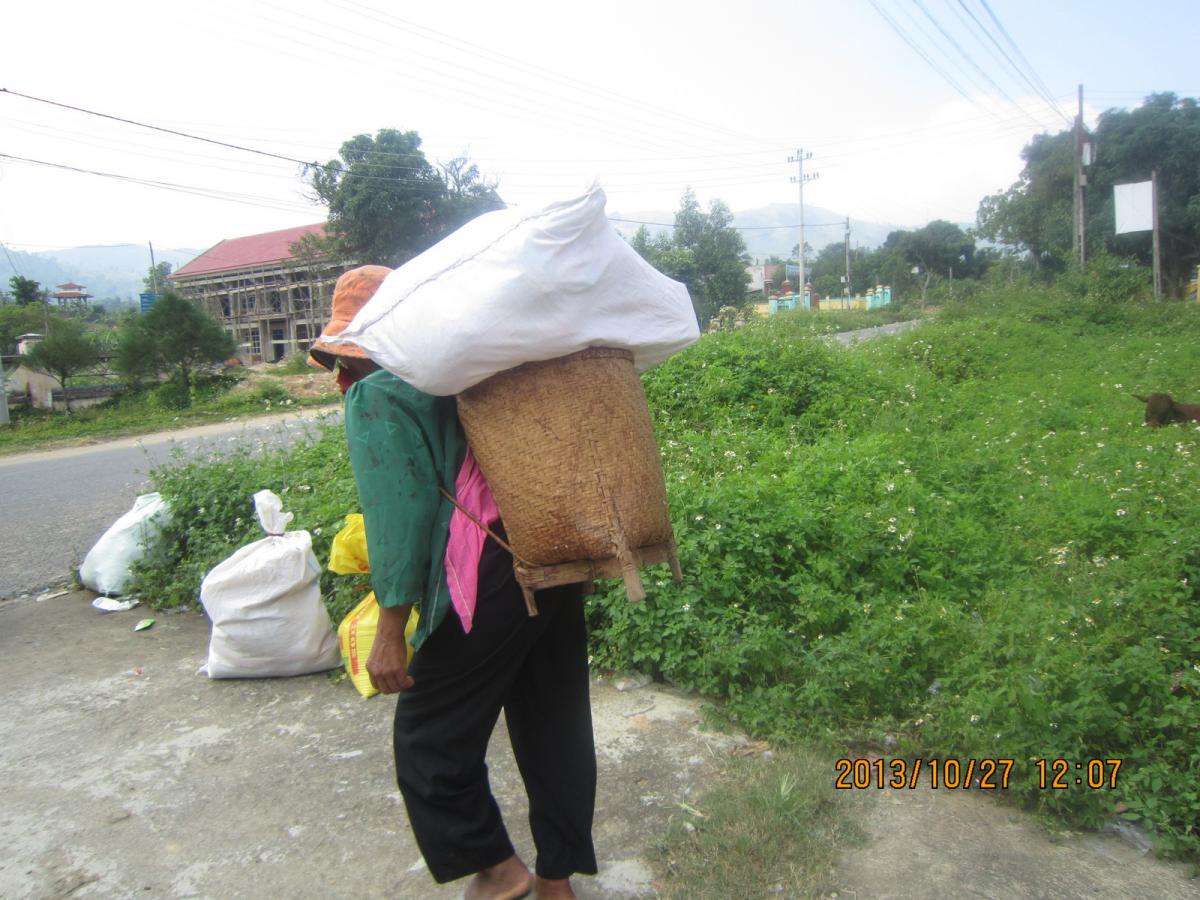