Aid to a Poor Community

On February 8, 2017 we joined the efforts of a local charity to bring aid to a poor community. The Vien Giac charity is a Buddhist charity in Dien Khanh, to the immediate west of Nha Trang. Through the sponsorship of the local community and business leaders, Vien Giac has lead charitable missions throughout the region. When we learned of their plans to bring aid to a poor community in the Dien Dien village in Dien Dong district, we said that we wished to contribute.

The Vien Giac leadership coordinated with the local government, and invited representatives of the poorest families to the local community center to receive aid. A truck was needed to bring all of the donations, and volunteers organized allotments. Each family received a bag of rice, a box of noodles, cooking oil, and seasoning. With the assistance of local officials, it was very well organized, and the families expressed gratitude at the gifts.

The Lovingkindness Vietnam donation to this kindhearted effort was made through our general fund. 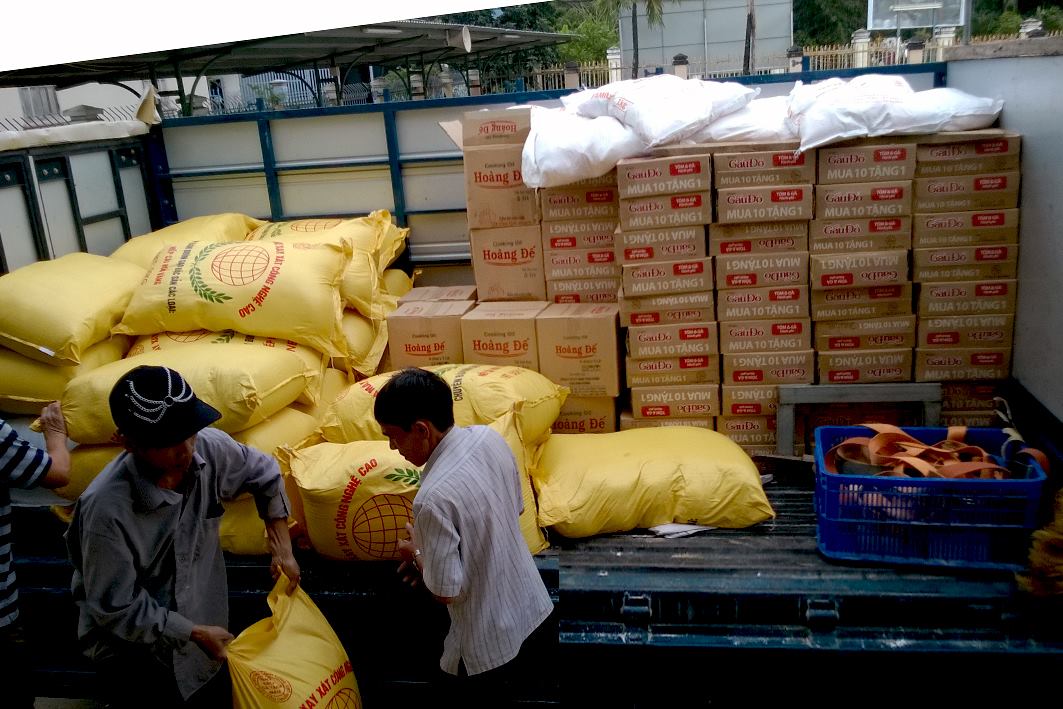 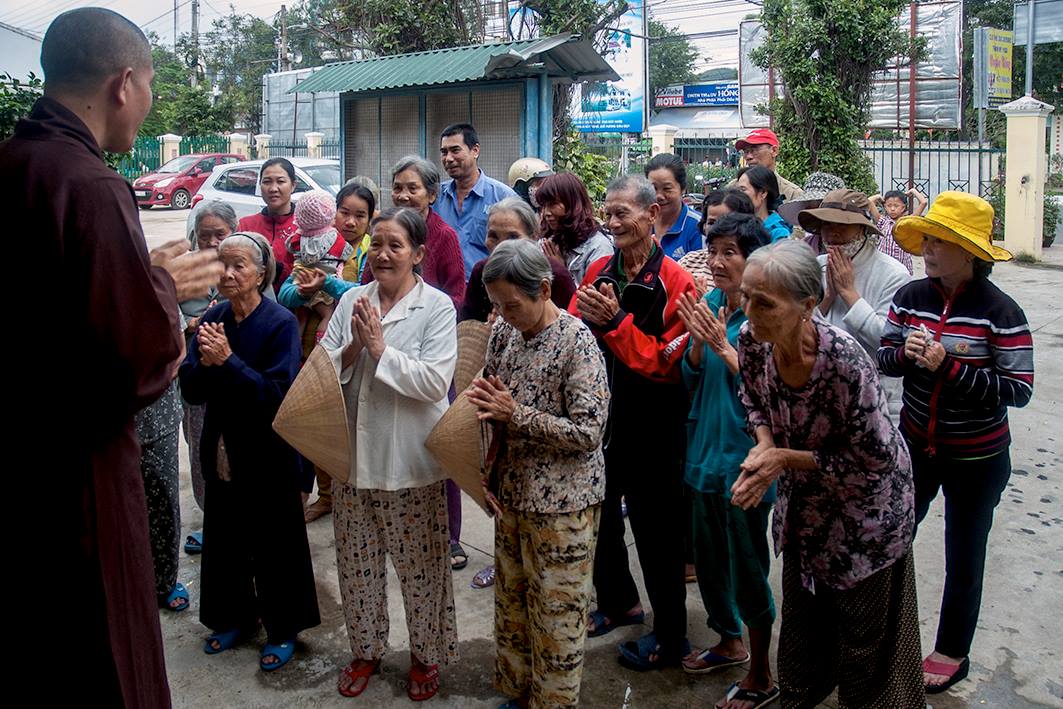 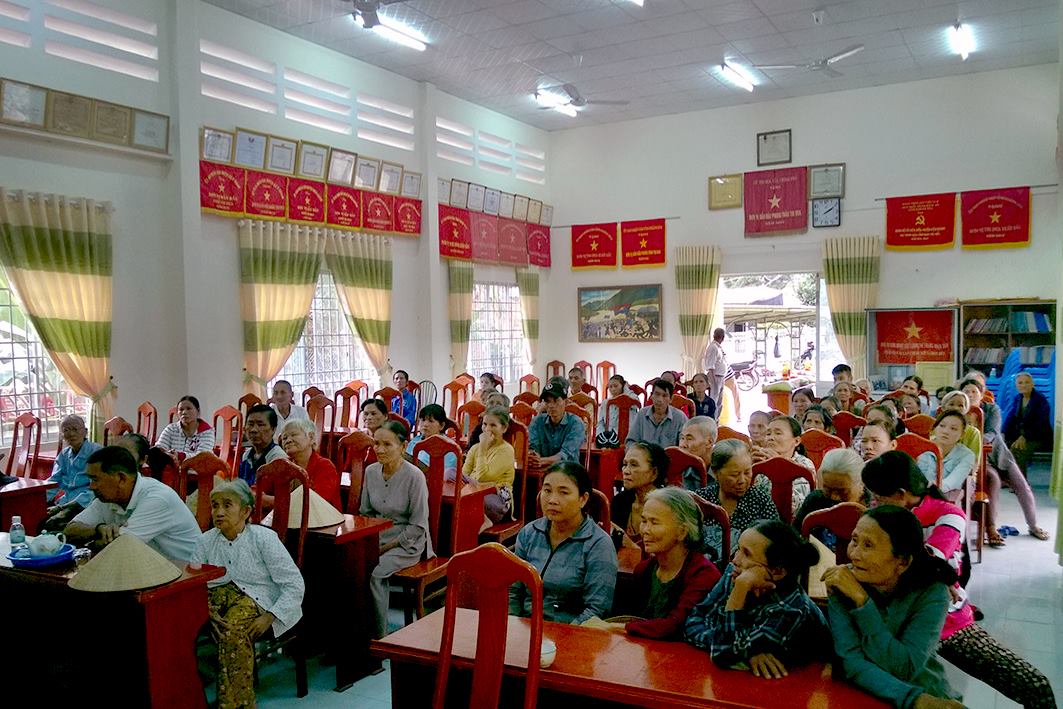 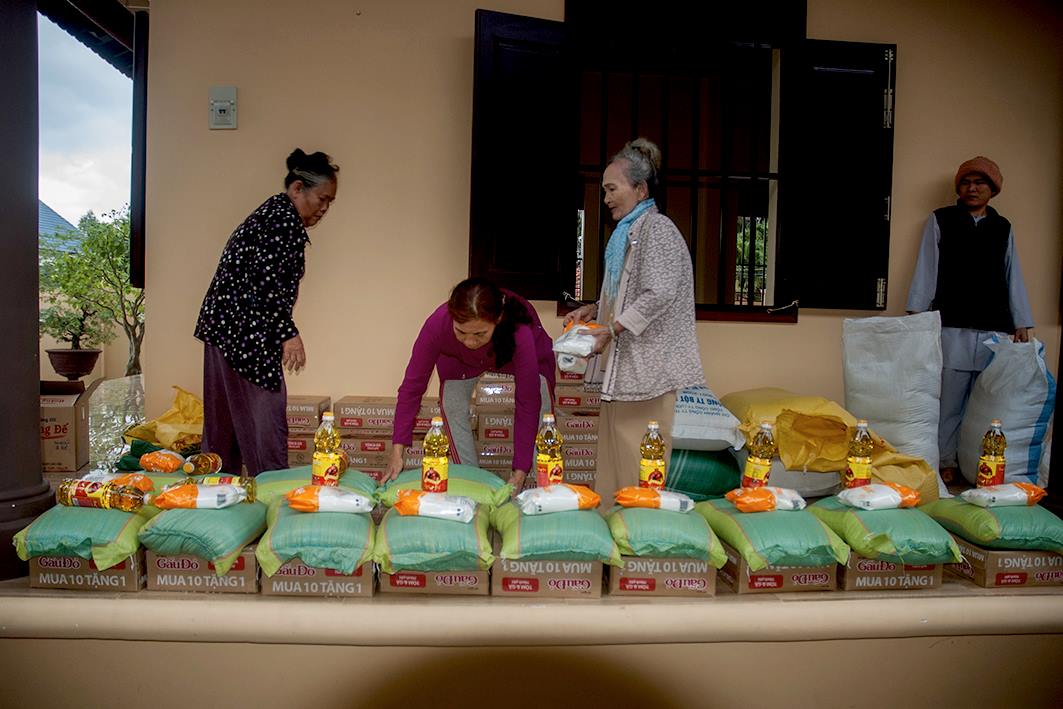 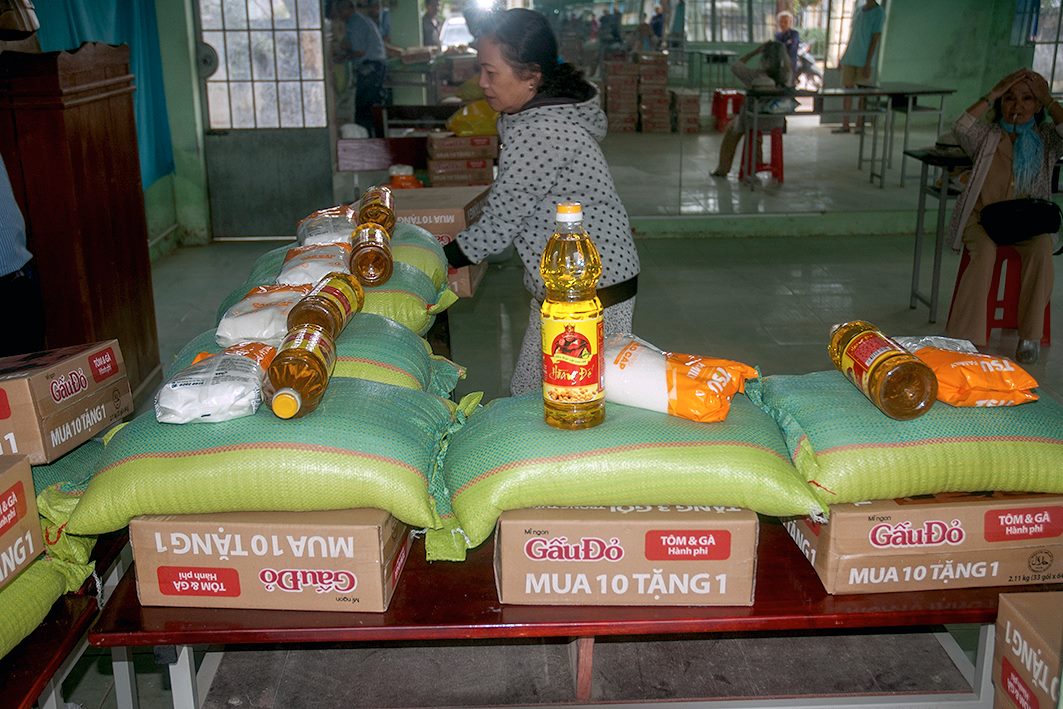 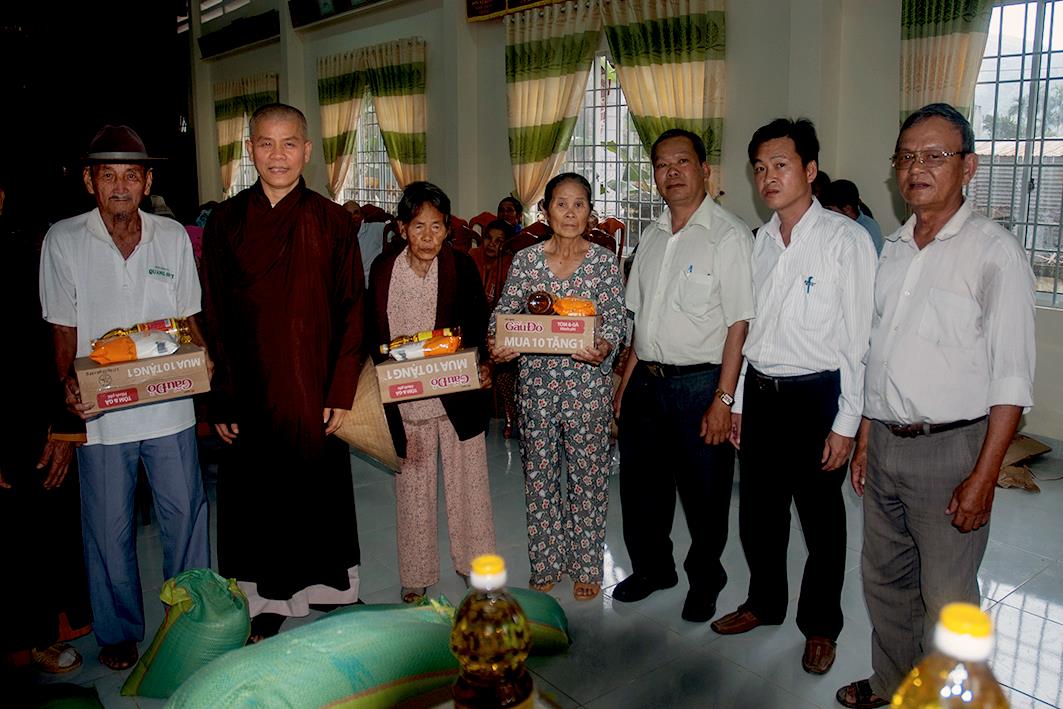 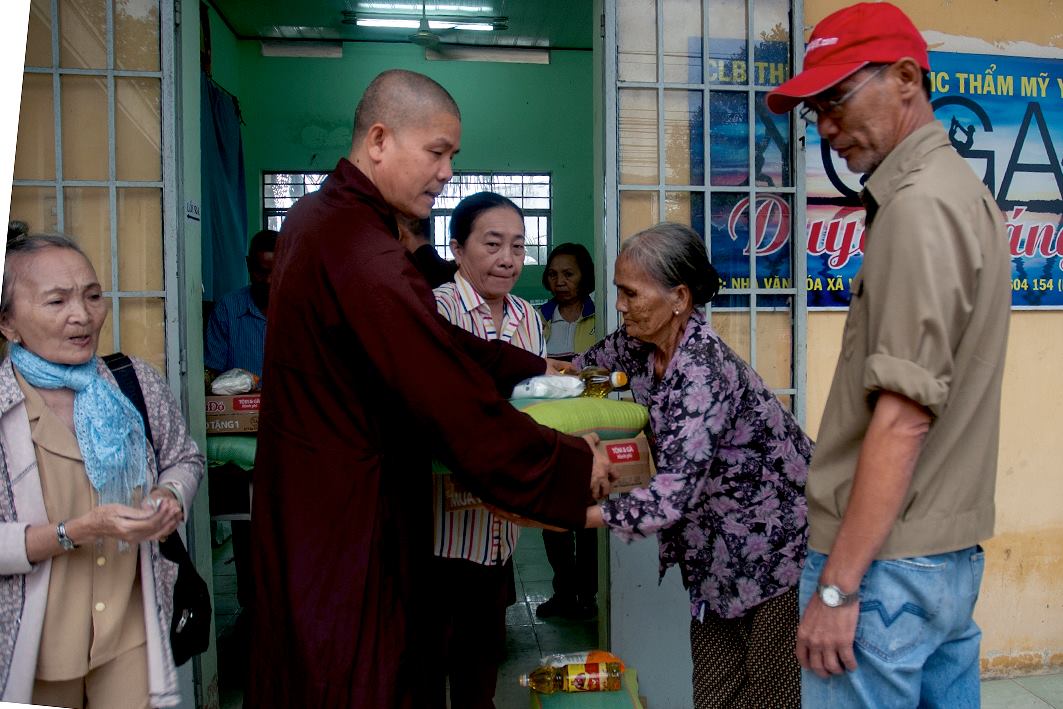 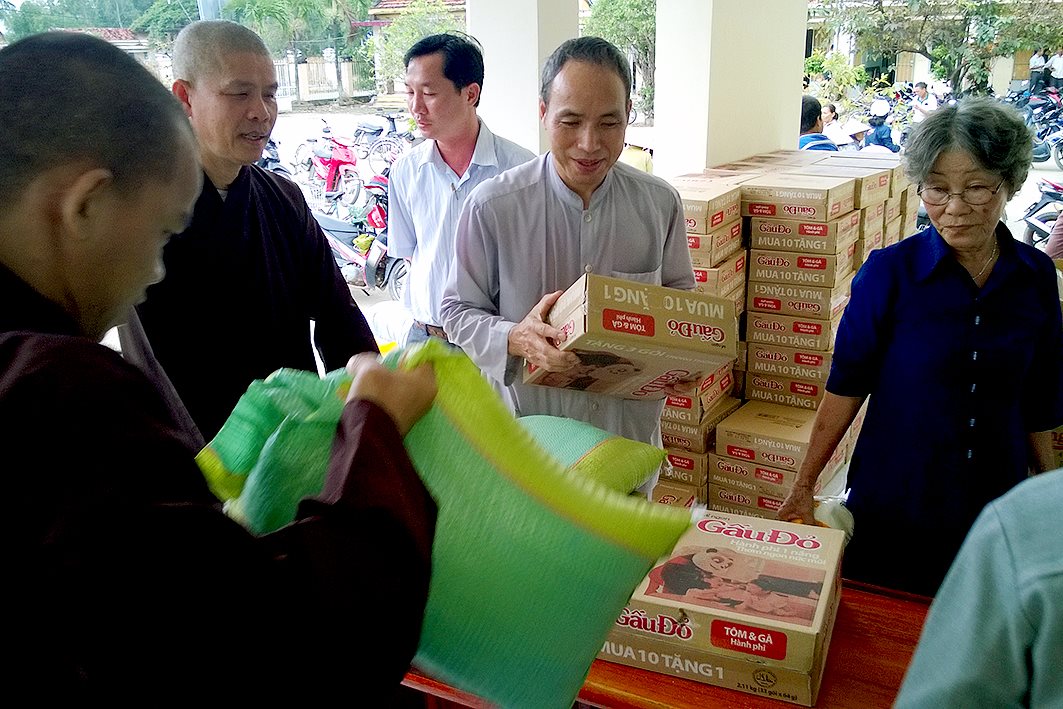 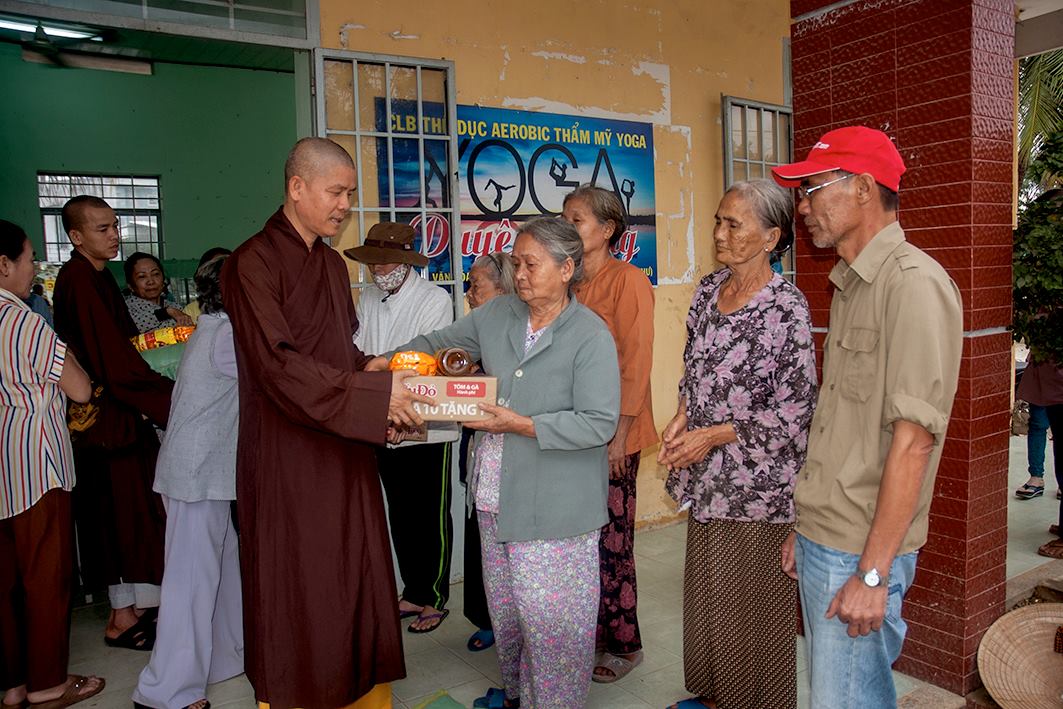 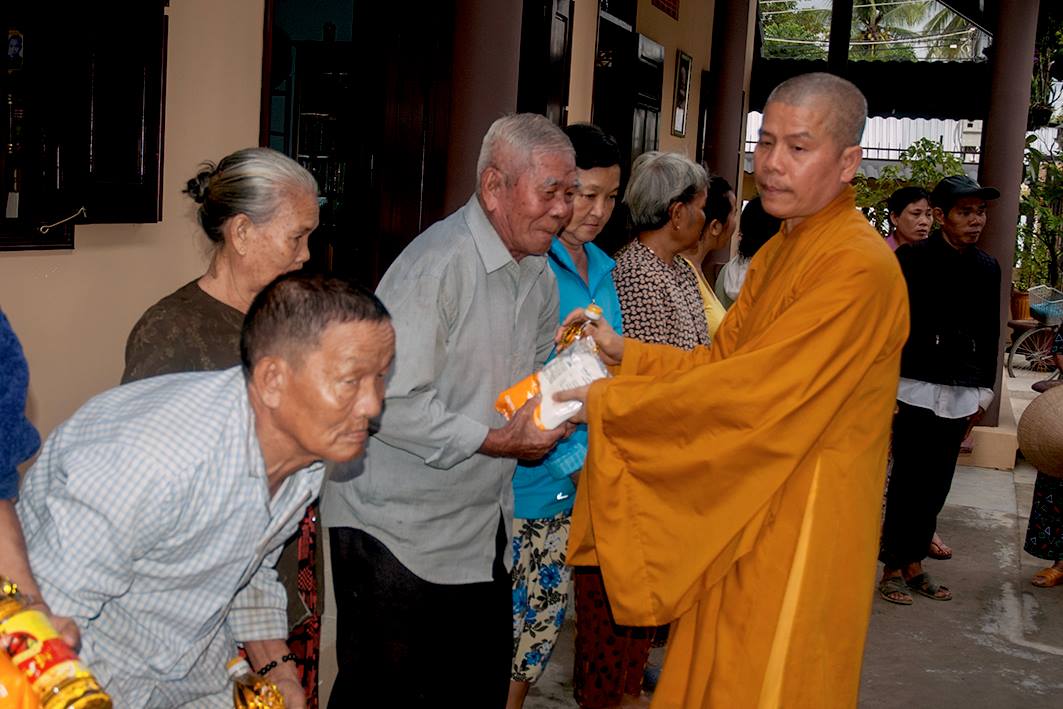 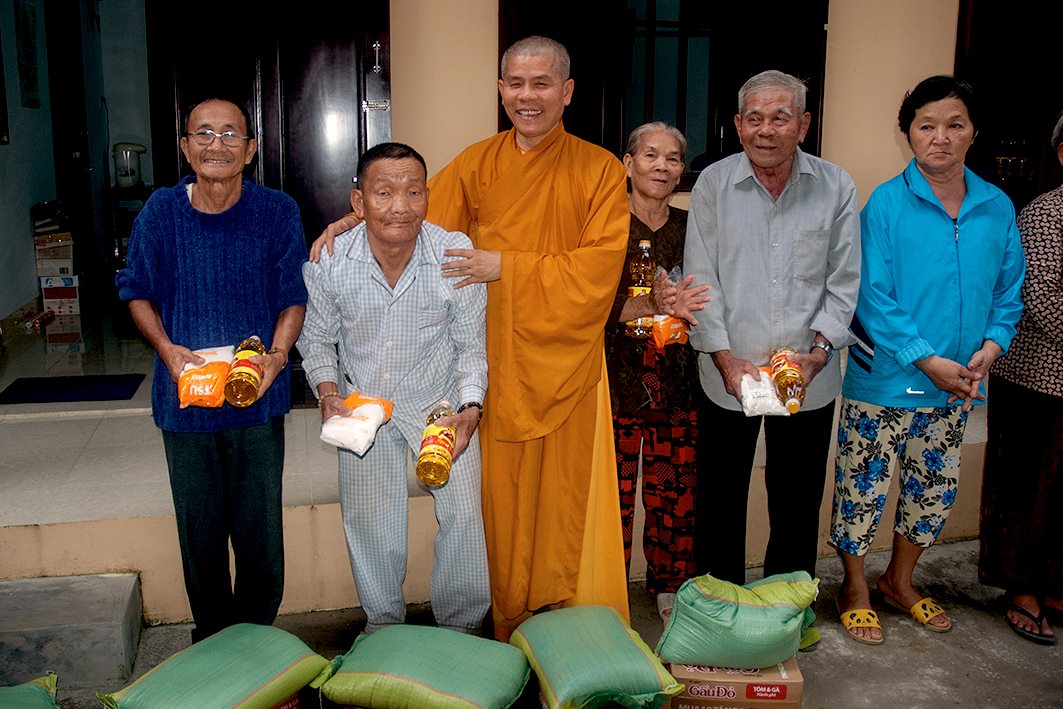 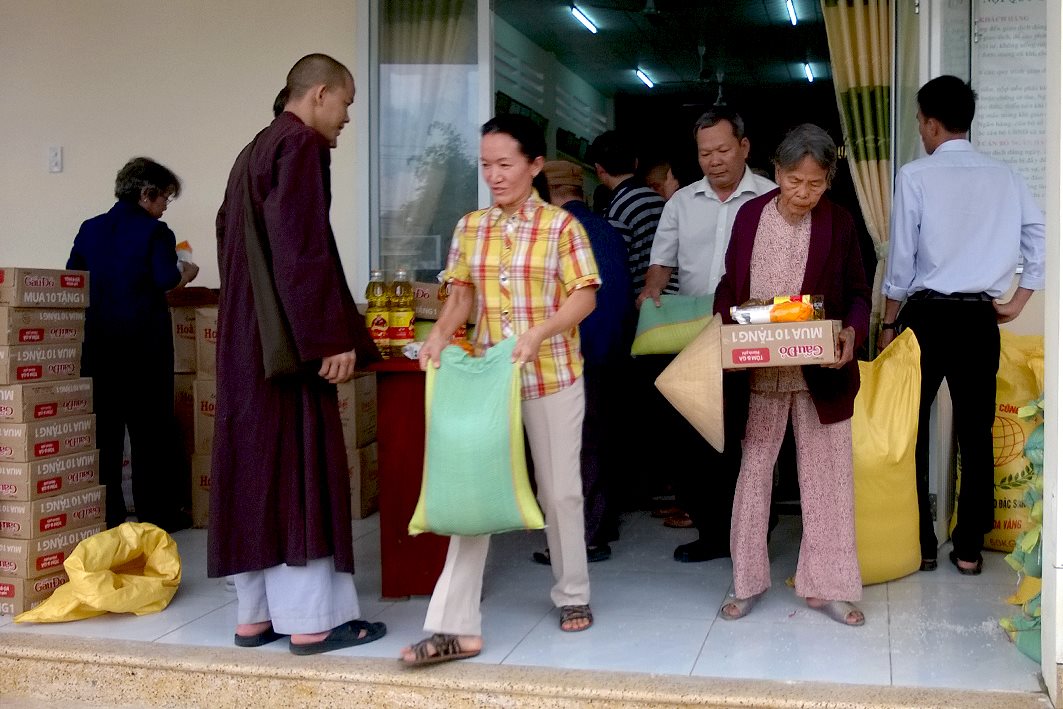 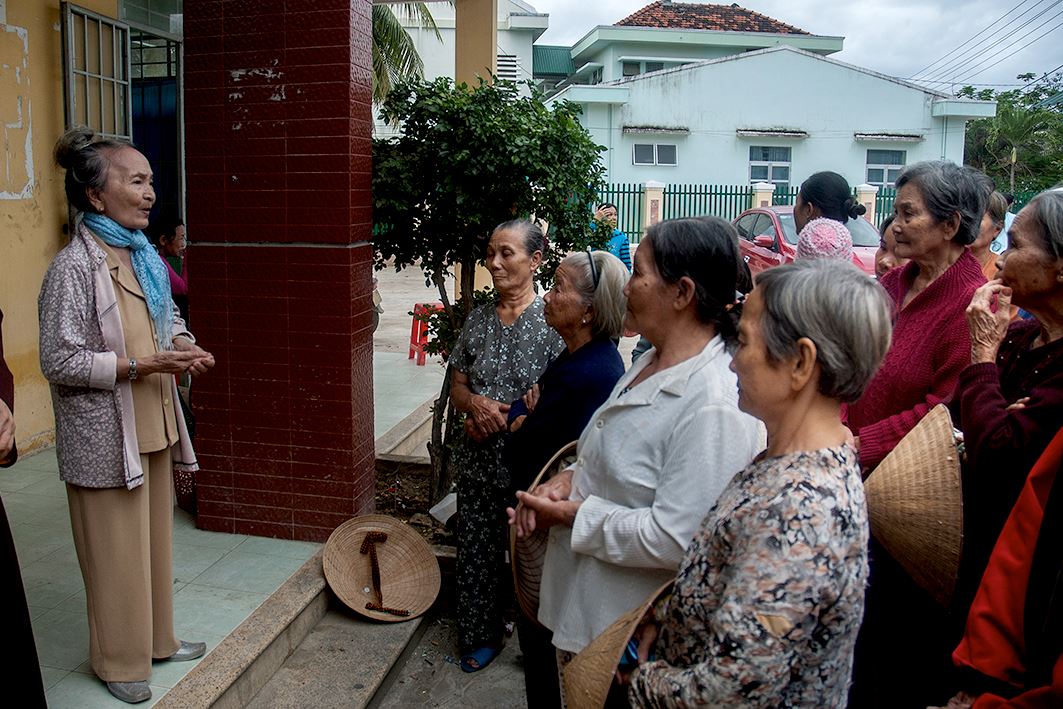 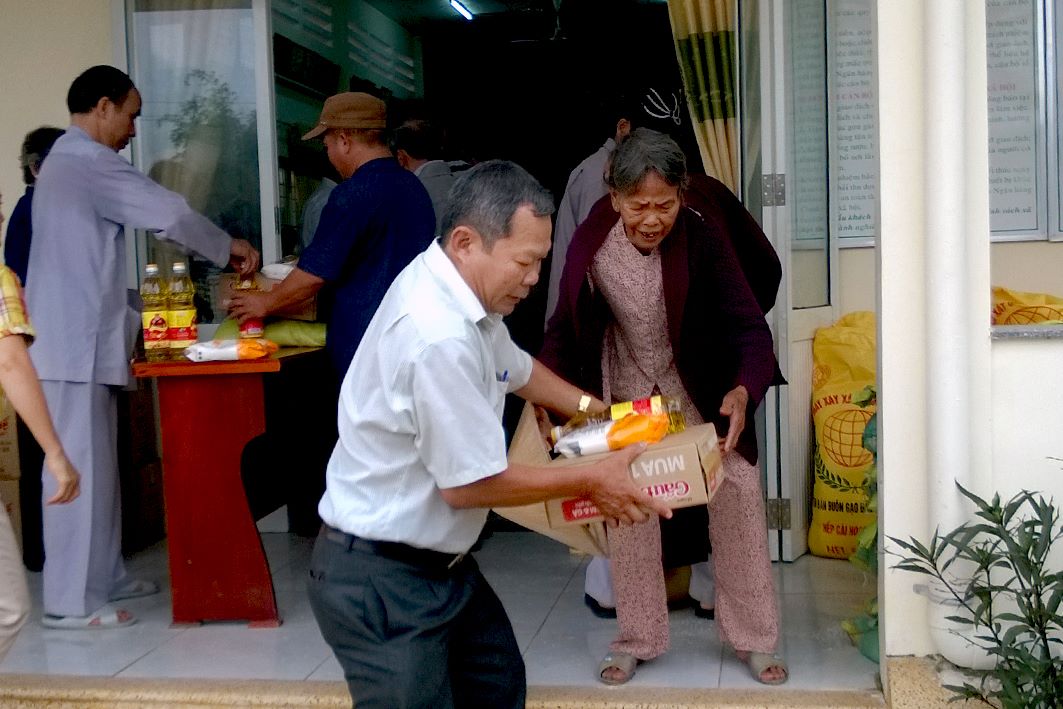 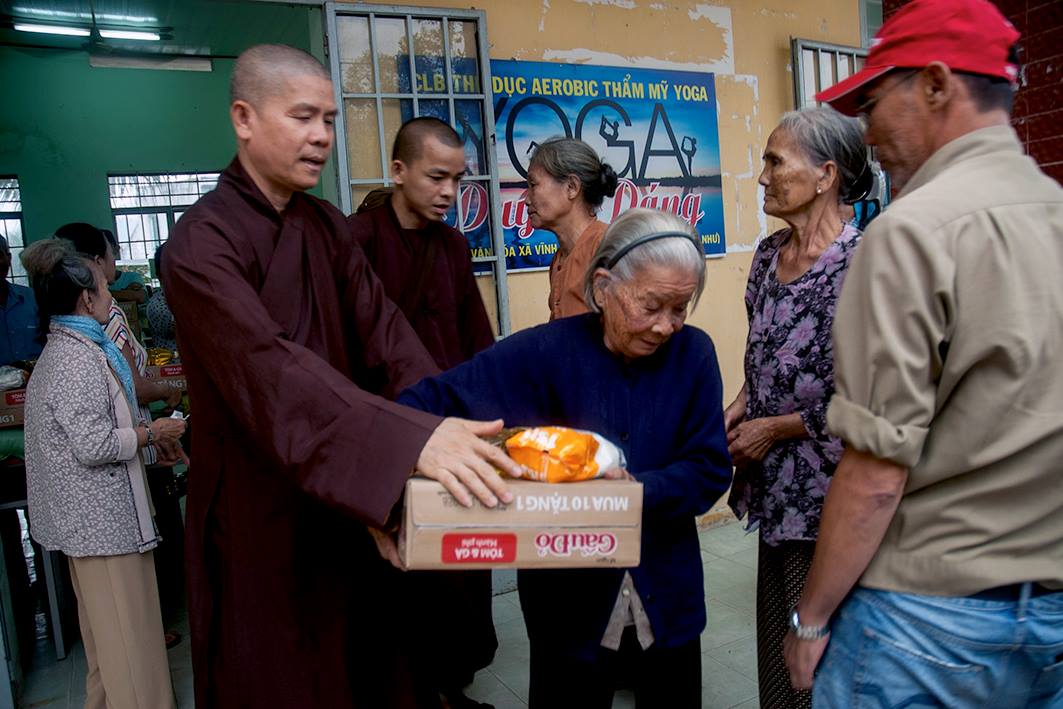 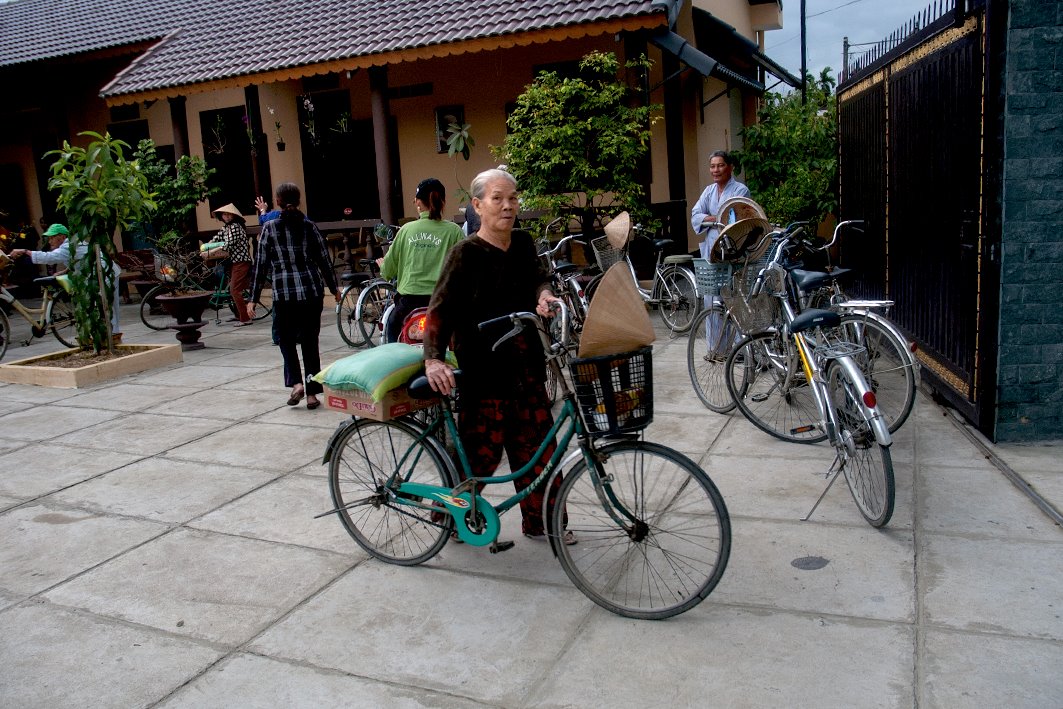 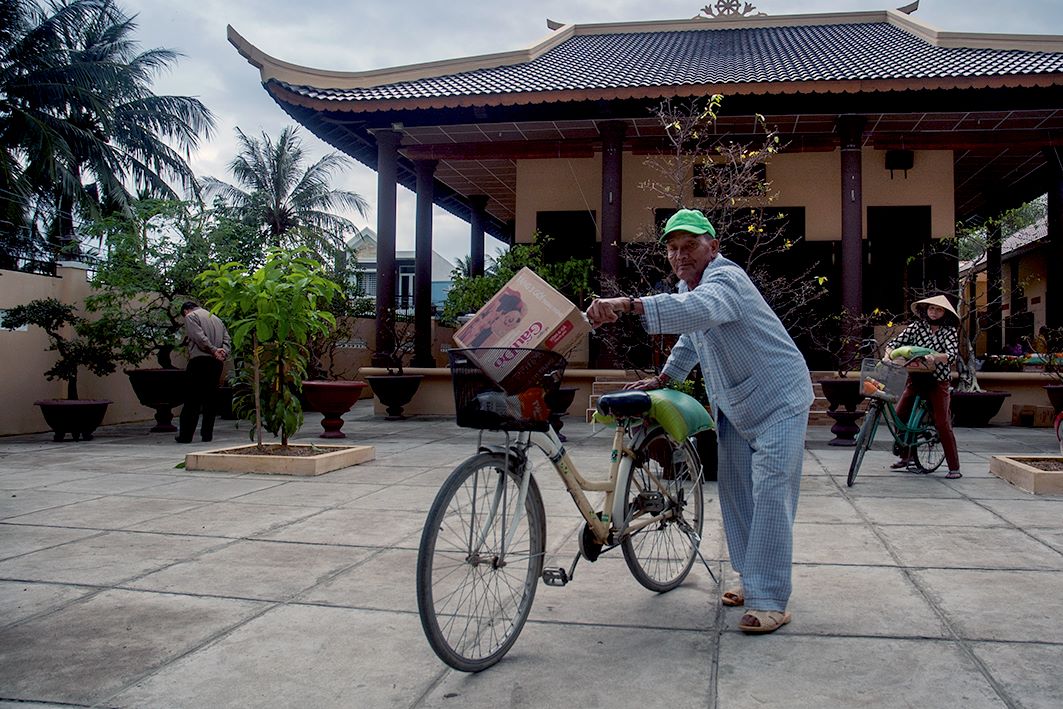 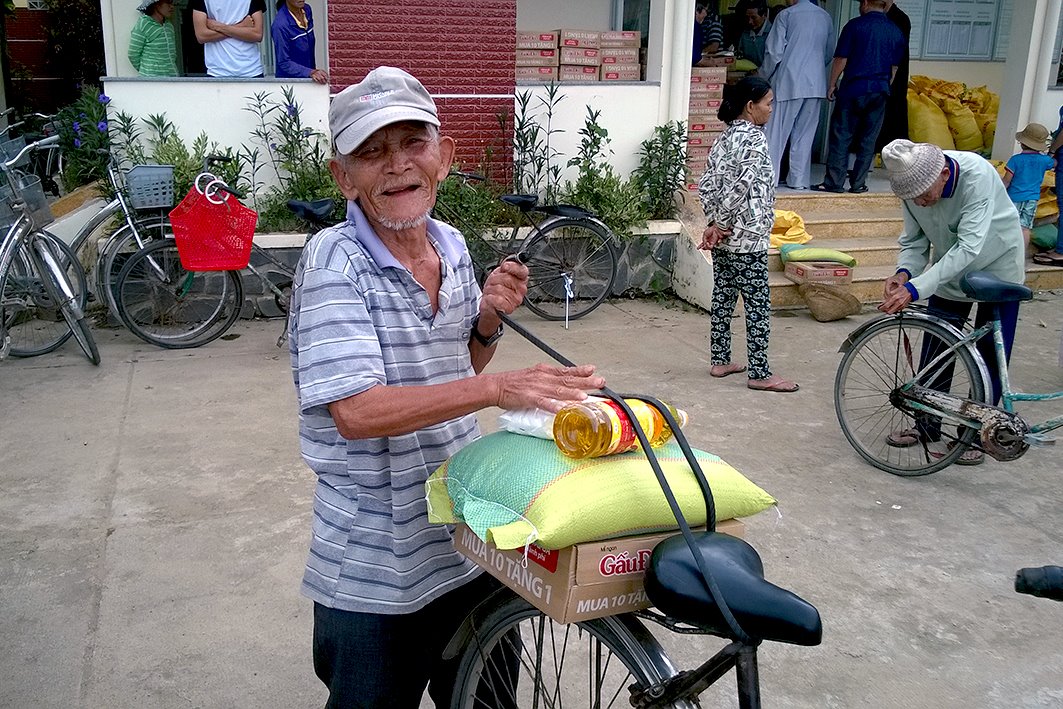